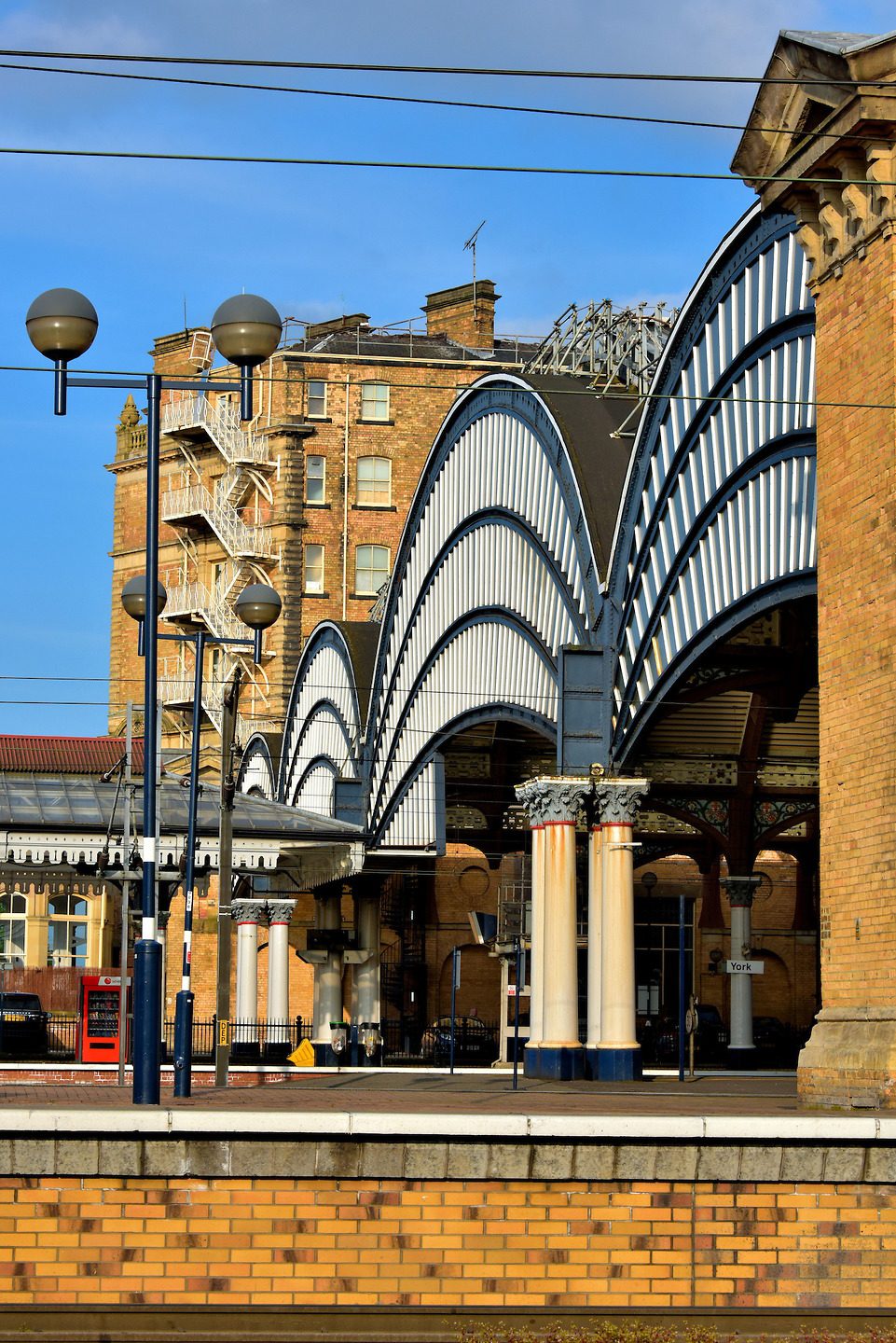 York has had three train stations in its history. The first was built in 1839 and it was rapidly replaced two years later. This terminal grew into a major hub because of its position midway between London and Edinburgh, Scotland. The third and current station was designed by the architect team of Thomas Prosser and William Peachy. The North Eastern Railway opened the facility in 1877 with pride and fanfare because it was the biggest station in Great Britain. The arches seen here are the approach into an enormous glass canopy covering most of the tracks.