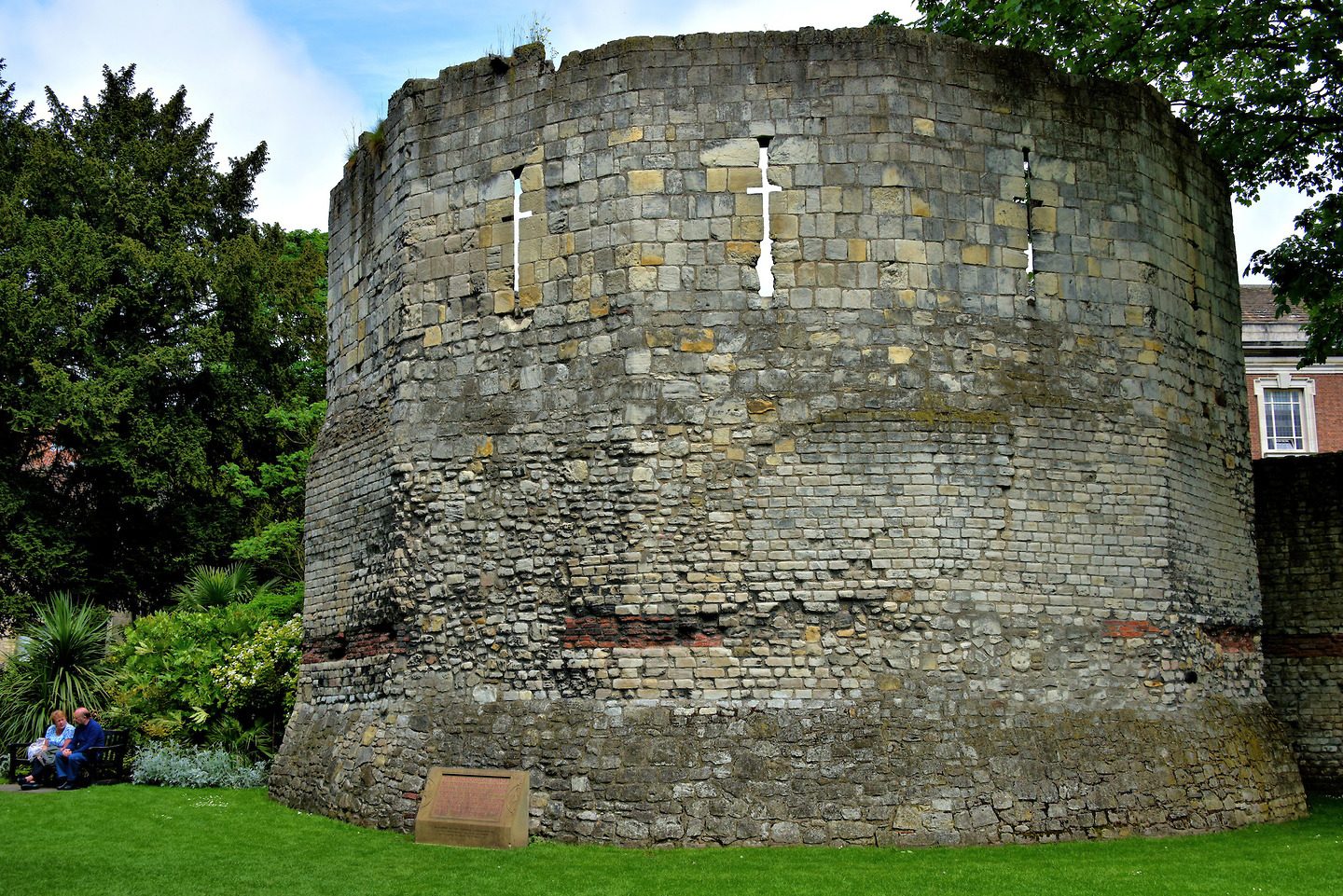 York was founded as Roman fortress city named Eboracum in 71 AD. This military post was used by several emperors to launch campaigns across Britannia (present day Great Britain). As its strategic value grew, so did its strength. At first it was constructed with wood. By 300 AD, it was a large stone citadel. The Multangular Tower is one of the few remaining remnants. The 19 foot tall, ten-sided defense contained a catapult. On the right is part of a 76 foot Roman wall. These historic landmarks are located in the Museum Gardens.