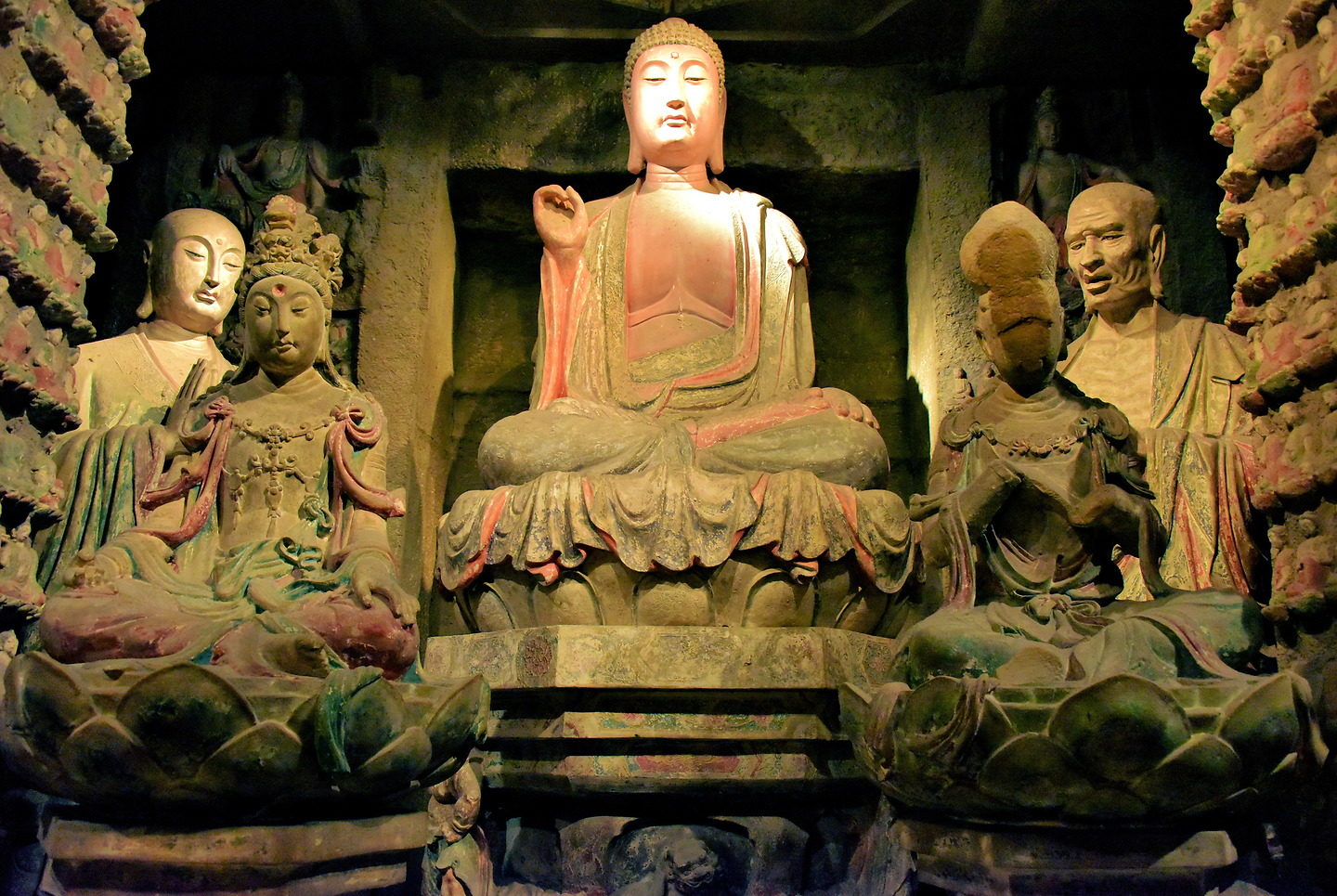 The Zhongshan Grottoes are a complex of 18 caves located at the base of the Zhongshan Mountain in Shaanxi Province. They were created during the Eastern Jin dynasty (317-420 AD). Archeologists discovered a treasure trove of artifacts inside the five caves that have been excavated to date. The largest surprise was finding about 10,000 Buddha statues inside the Middle Cave. This display at Exhibition Hall Number Two at the Shaanxi History Museum shows samples of the sculptures. You will also learn about the nearly 350 other Buddhist caves found in Shaanxi Province.