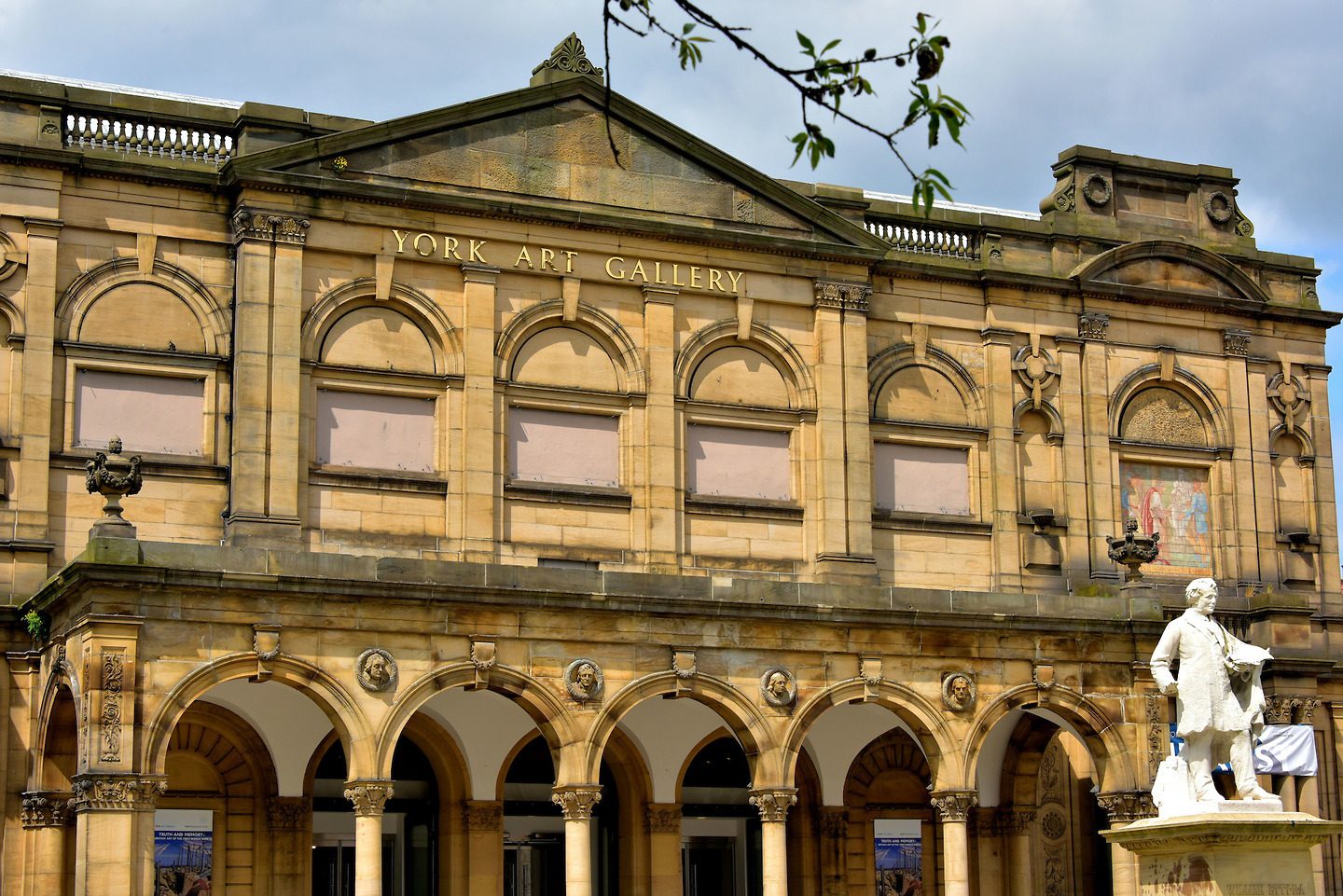 Inside of this 1879 building by architect Edward Taylor is the York Art Gallery. The museum displays an extensive collection of paintings and watercolors by British, Dutch and other European artists including old masters. The artworks span over 600 years. The four medallions above the colonnade are busts of famous native sons John Carr, John Camidge, John Flaxman and William Etty. Respectively, they were an accomplished architect, musician, sculptor and painter. The large statue by George Walker Milburn was erected in Exhibition Square in 1911. It portrays William Etty. The 19th century artist is best known for his historical paintings containing nudes. Many of his best works are exhibited by the museum.