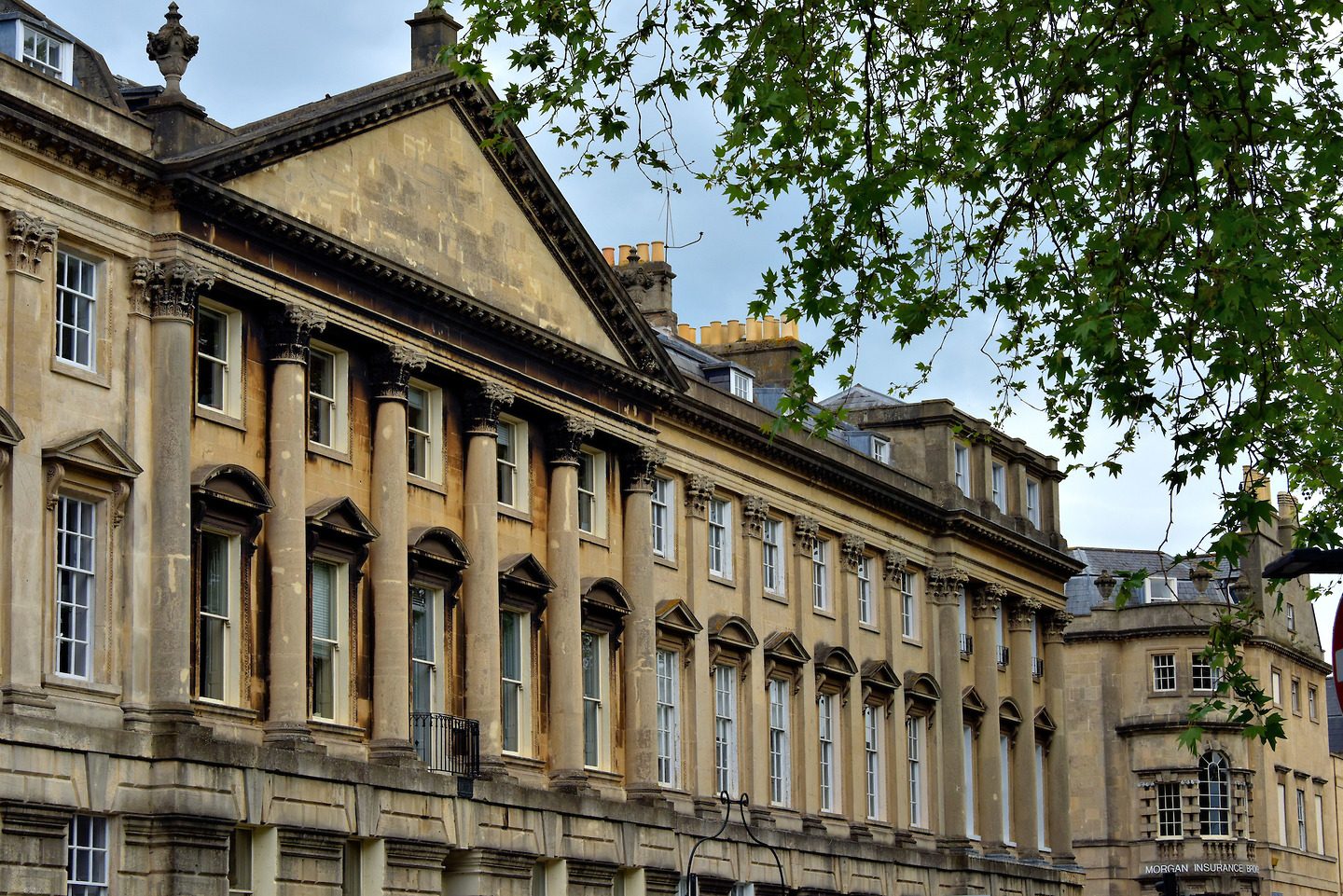 As Bath lost its appeal as a spa destination during the second half of the 19th century, the town lost its motivation to maintain its legacy architecture. That trend was partially reversed when the Bath Preservation Trust was established in 1934. Then World War II broke out. During the Baedeker Blitz of April, 1942, Luftwaffe air raids destroyed over 300 buildings. By the end of the war, the city demolished more than 1,000. To Bath’s credit, they typically rebuilt in the Georgian era, classical styles that had become their trademark. This is the Bath Academy of English. Across the street is Queen Square where a 1,100 pound bomb exploded during the Bath Blitz.