The Hague, Netherlands
Prev    Next 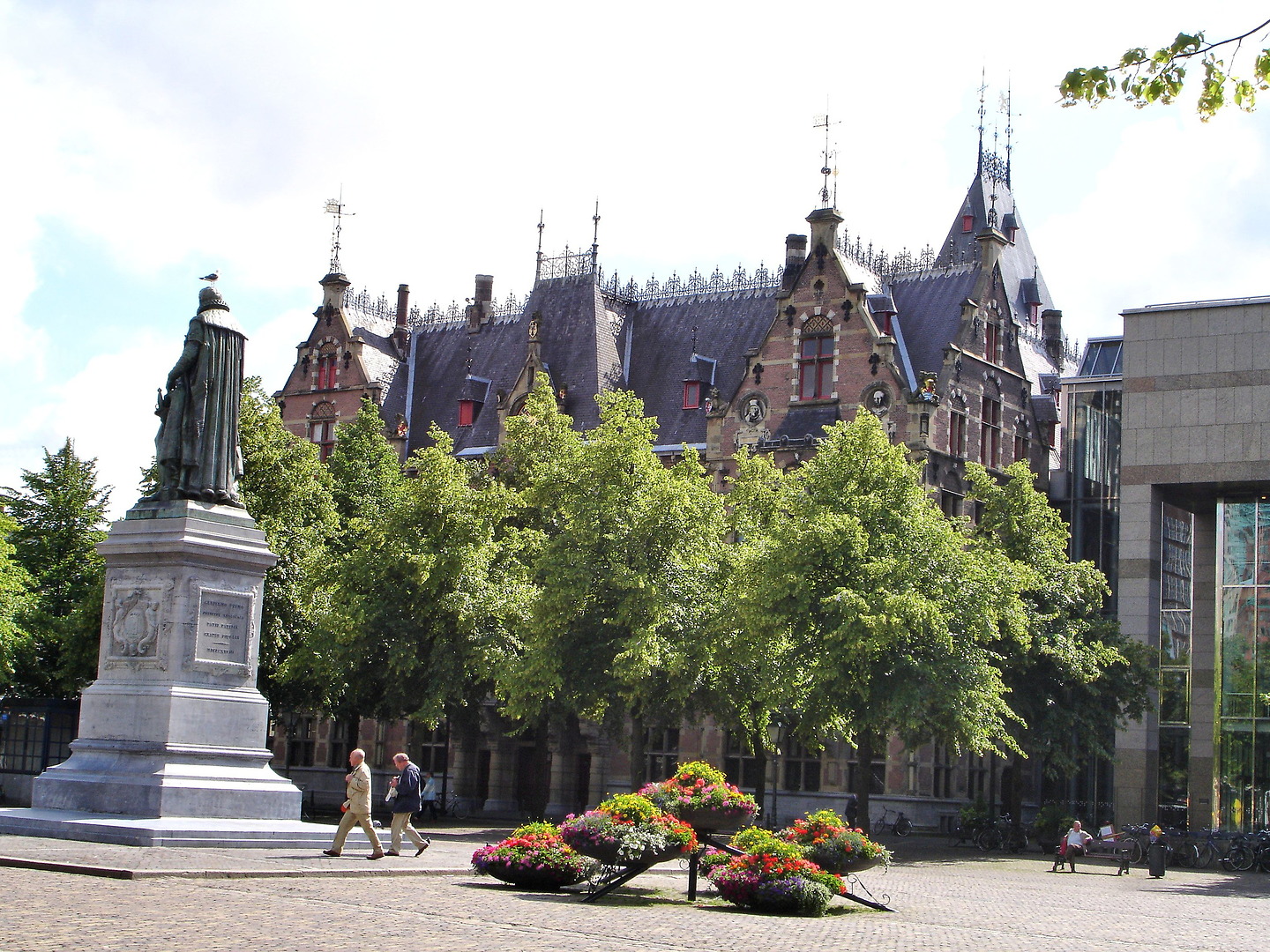 During the Middle Ages, there was a large produce garden outside of Binnenhof. In 1632, the land was converted into Het Plein. This is the main square of Oude Centrum. In the center is a statue by Lodewyk Royer of William I, Prince of Orange (1544 – 1584). William of Orange initiated the Dutch Revolt against Spain and started the House of Orange-Nassau. His heirs are still selected as monarchs of the Netherlands. In the background is the former Ministry of Justice Building.