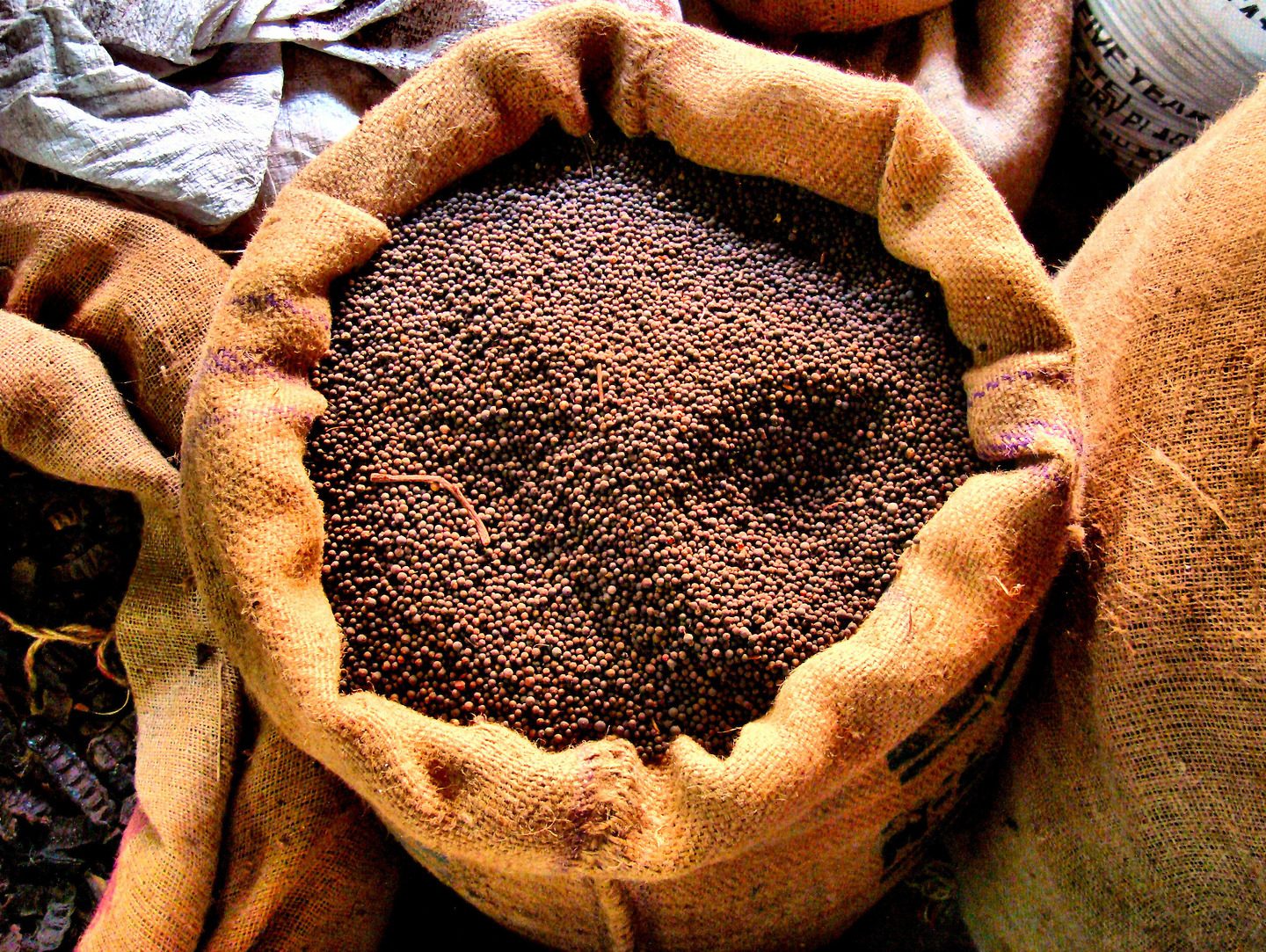 This burlap gunny sack contains whole black peppers or peppercorns. The crop originated in southern India before 2000 BC. As the seasoning became popular, it was called black gold and used as currency. The much-prized spice was heavily traded with the ancient Greeks and Romans. Today, pepper represents 20% of the world’s spice trade. The International Pepper Exchange is located in Kochi (also called Cochin), India. Vietnam is the world’s top producer of pepper, followed by Indonesia and then India.