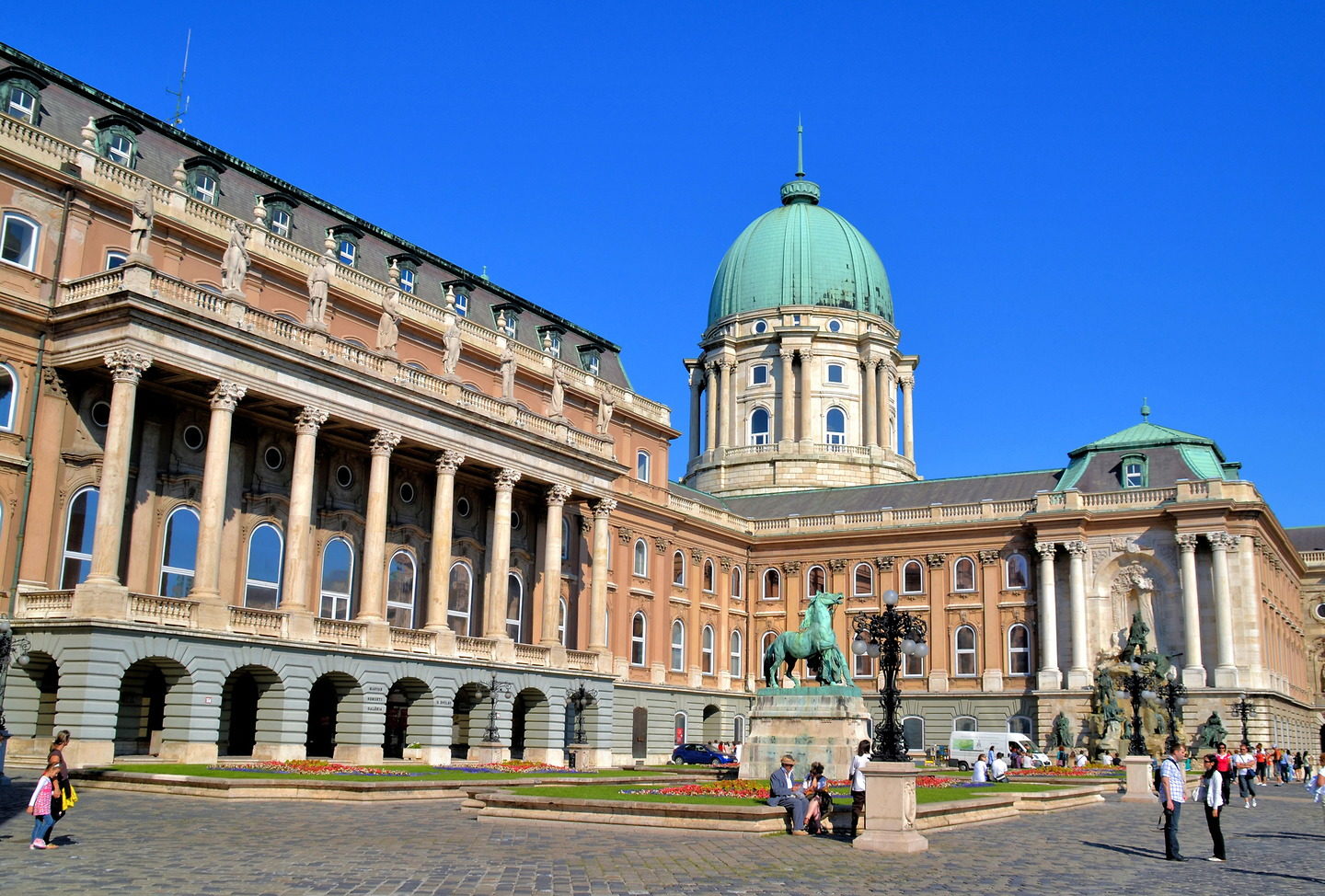 The Western Forecourt lets you savor the splendor of Buda Castle. On the left is the Grand Ballroom. The Neoclassical Baroque style was constructed in the mid-19th century during the reign of Franz Joseph I, the King of Hungary and Emperor of Australia. It now houses part of the Hungarian National Gallery. The copper-topped, Neoclassical dome may look old. However, it was constructed in the early 1960s by architect Lajos Hidasi. In the center is a statue of a horse wrangler. Hortobágy Horseheard was sculpted by György Vastagh in 1901 and moved to this courtyard in 1983. On the right is the Matthias Fountain.