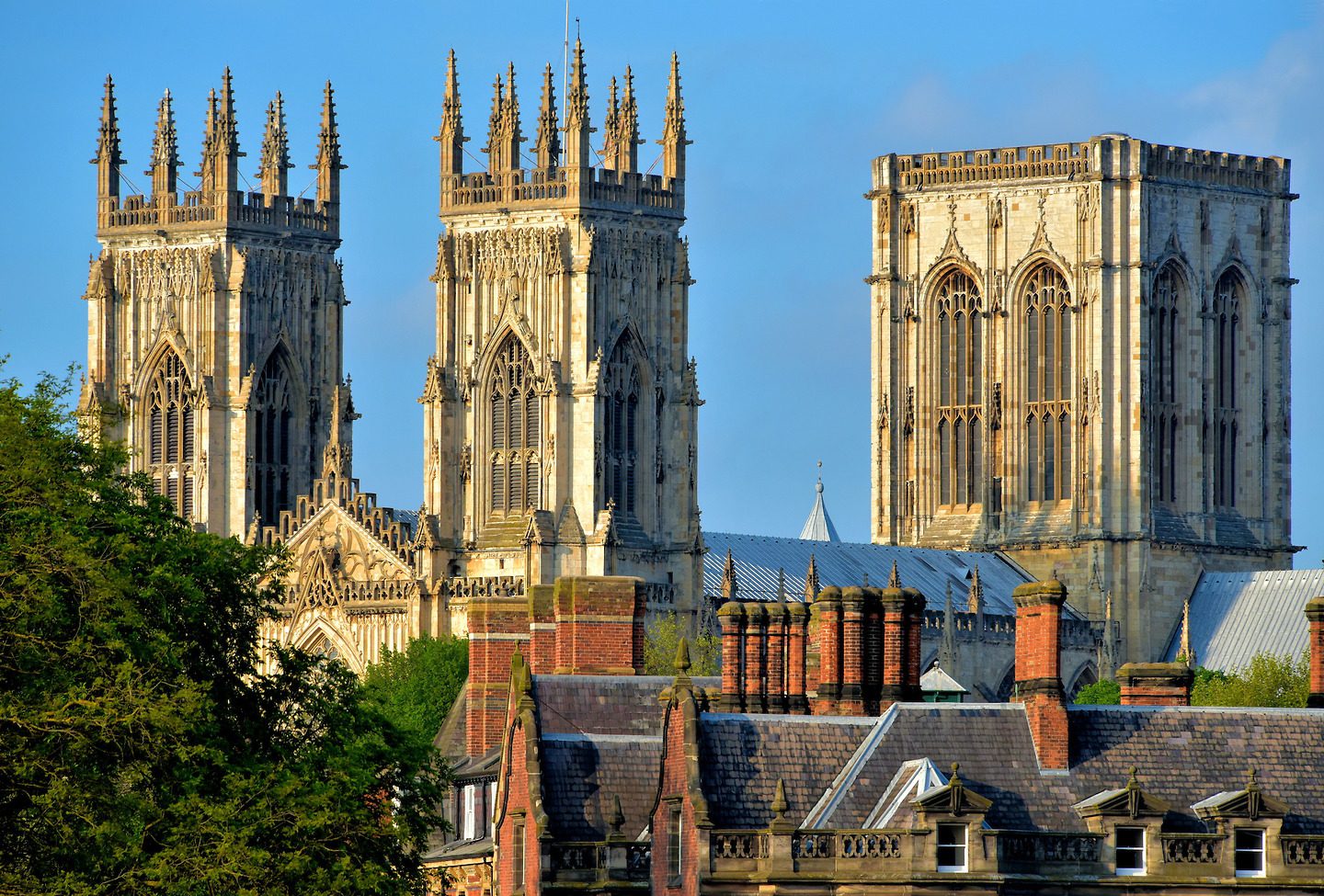 Eboracum began as a fort in the 1st century and grew to the largest city in Rome’s province of Britannia while witnessing the death and ascension of Roman emperors. It was conquered by the Angles, Vikings and Normans before being granted a city charter by Richard II in 1396. Henry VIII and Elizabeth I purged its treasures and destroyed Catholic churches and monasteries during the Reformation. The Luftwaffe bombed it from the air in 1942. Despite it all, York has evolved into a delightful modern city that takes pride in its medieval landmarks. This view of York from the Station Road Walls shows the three magnificent towers of York Minster. On the left are the Western Towers finished in 1472. On the right is the 235 foot Central Tower completed in 1415. Together they are the visual pinnacle of York.