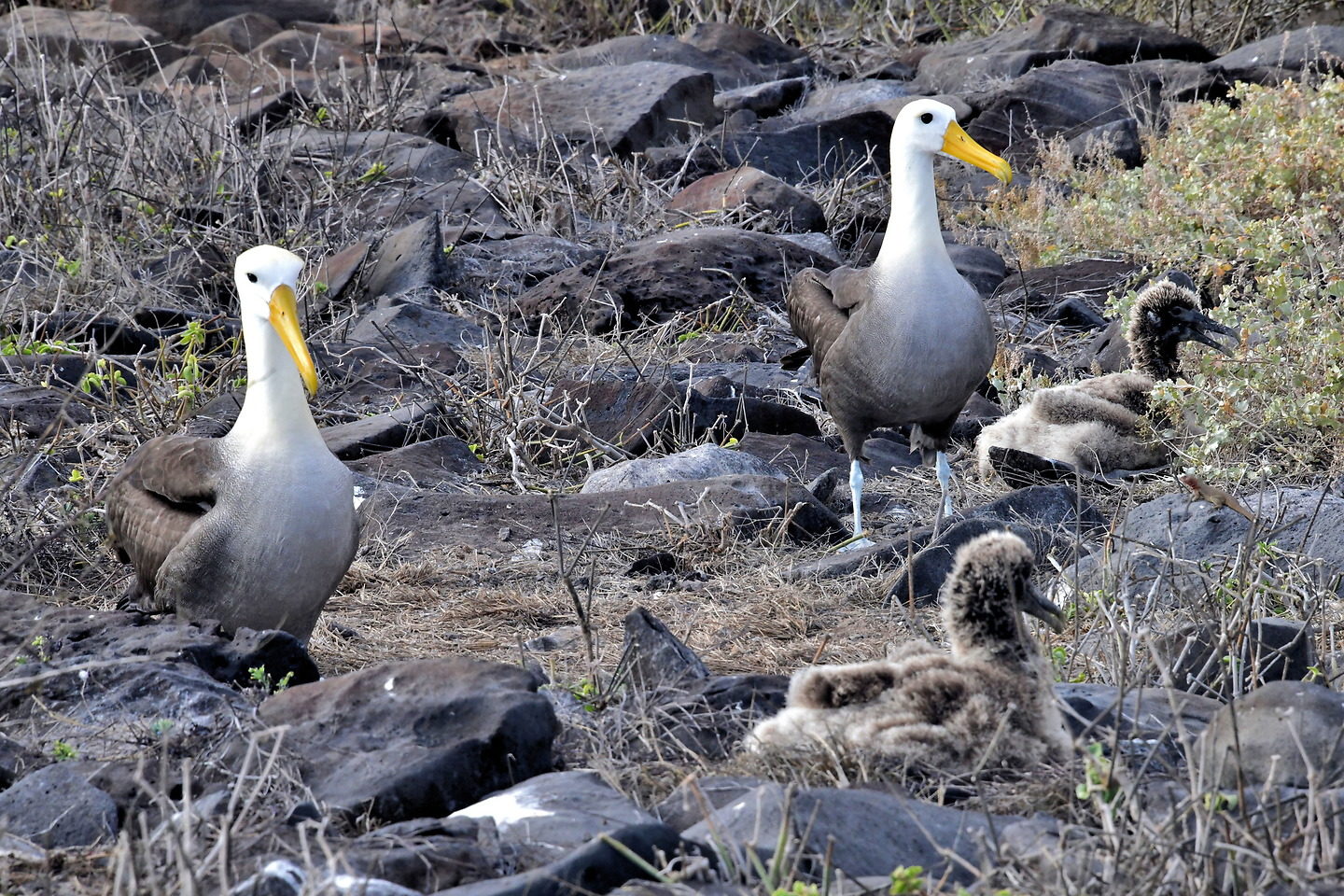 Waved albatross lay one egg on Española Island between April and June. The ground nests are tucked among lava rocks at the base of dry vegetation. After a two month incubation period, the parents take turns guarding the downy brown chick while the other hunts for small fish and crustaceans. Because the nests are huddled together in close proximity, certain spots resemble an albatross nursery. The juveniles remain on the island until January. Then they fly to the Peruvian coast where they live in a colony for six years. After reaching maturity, they return to this island to find a mate.