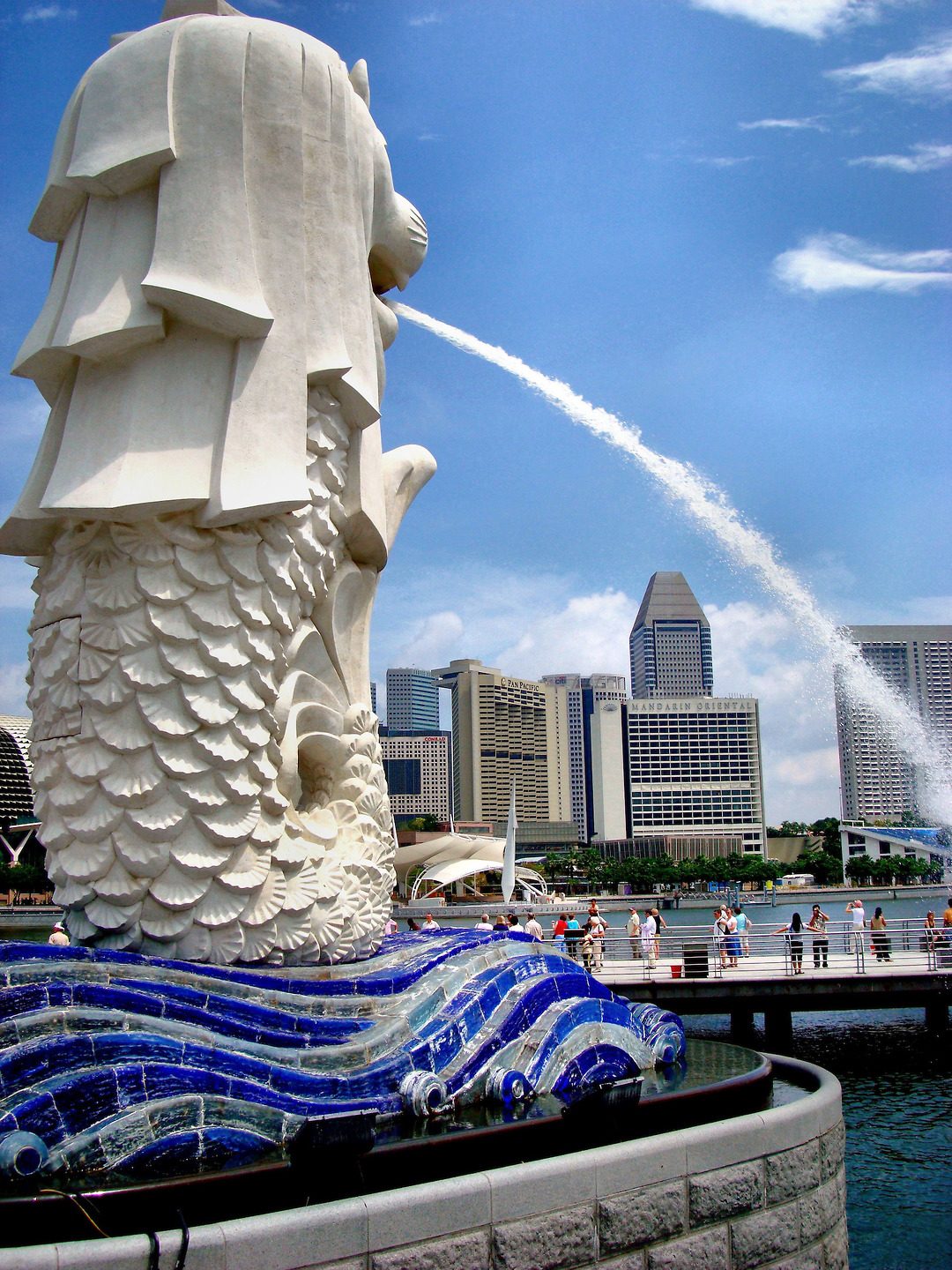 Melion is a lion with a fish’s tail representing Singapore’s origins as a fishing town plus its early name which meant lion city. The 28 foot statue spews water into Marina Bay near the financial and commercial district. Soon after its creation in 1972, this 70 ton statue of cement and porcelain symbolized Singapore. This country is only the size of San Francisco yet has the world’s highest GDP, including 188,000 millionaire households or 17% of its five million residents.