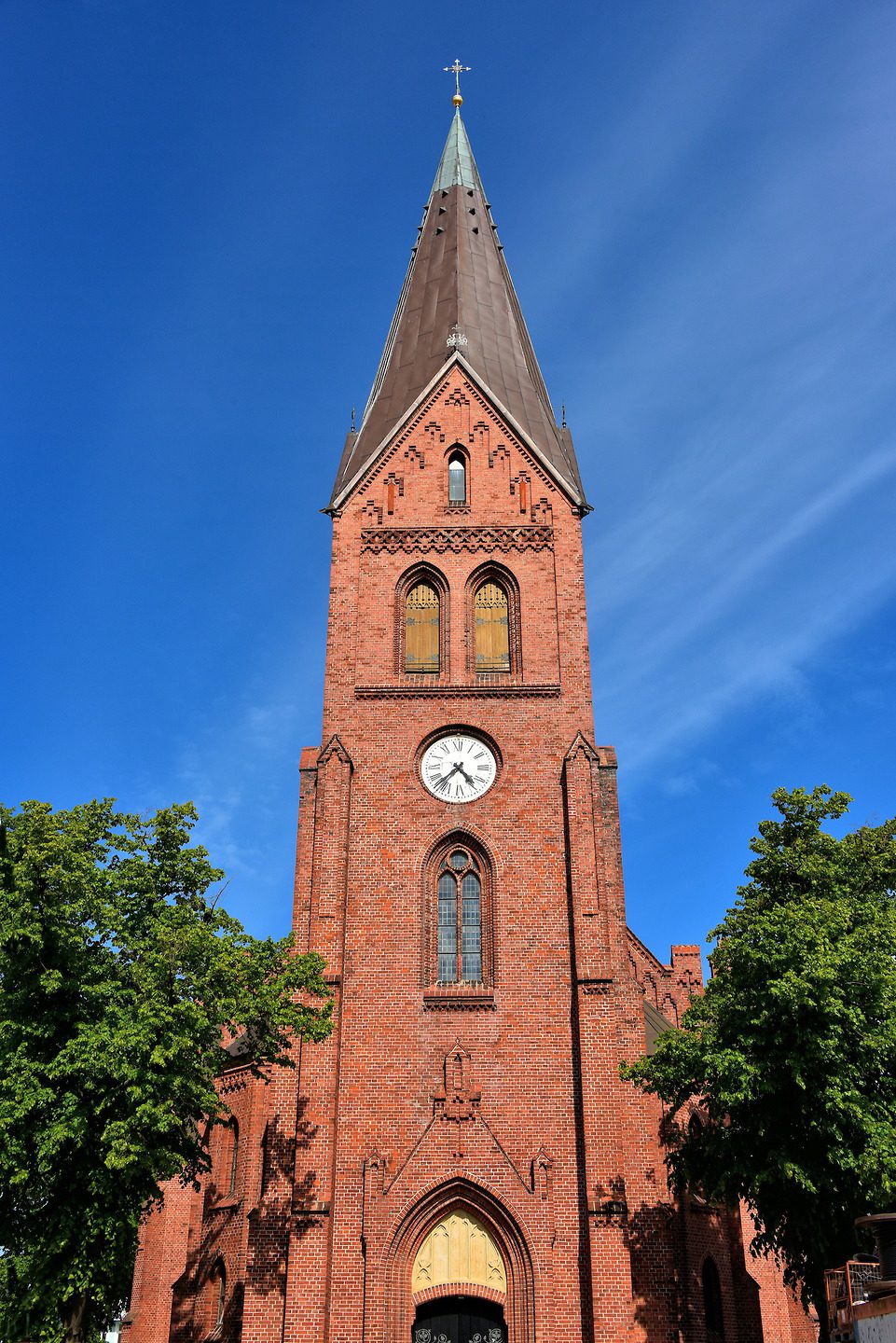 The first Warnemünde Church was built in the mid-13th century about fifty years after this town on Germany’s northern coast was founded. When this brick, Evangelical Lutheran church was consecrated in 1871, the prior building was demolished. Fortunately, some its beautiful interior was saved and incorporated into this new Gothic Revival structure. Examples include a 15th century altar and a 16th century pulpit. Especially unique are two votive ships that are suspended from the ceiling. They were gifts by local mariners.