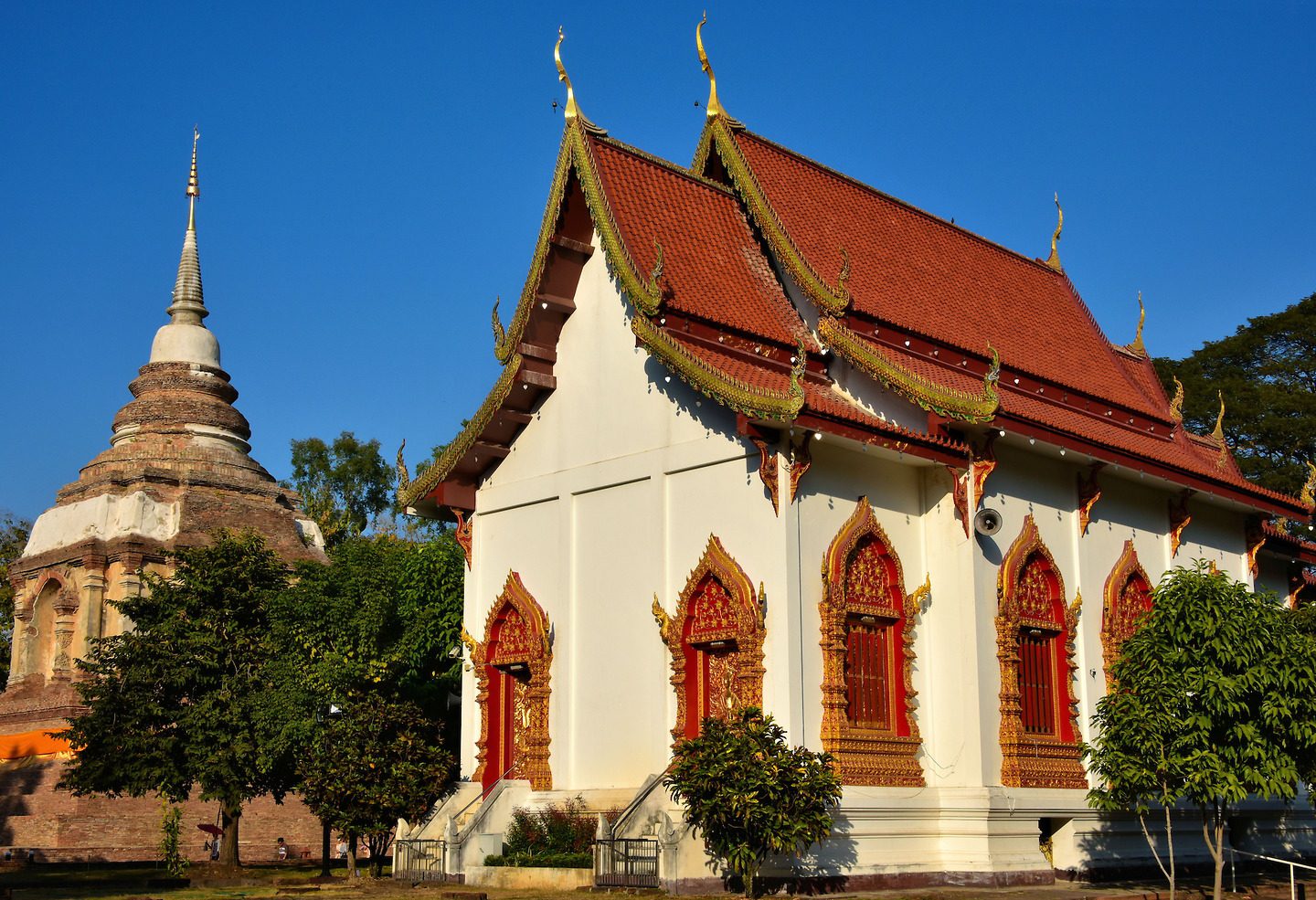 Wat Jed Yod is a royal temple in Chiang Mai. Its construction began in 1455. These are two of the structures in the large complex. On the right is a sermon hall with ornate roof ridges called chofas. On the left is the large stone Phra Chedi where the remains of King Tilokkarat are kept, the founder of this temple. He ruled the Lanna Kingdom from 1441 until his death in 1487.