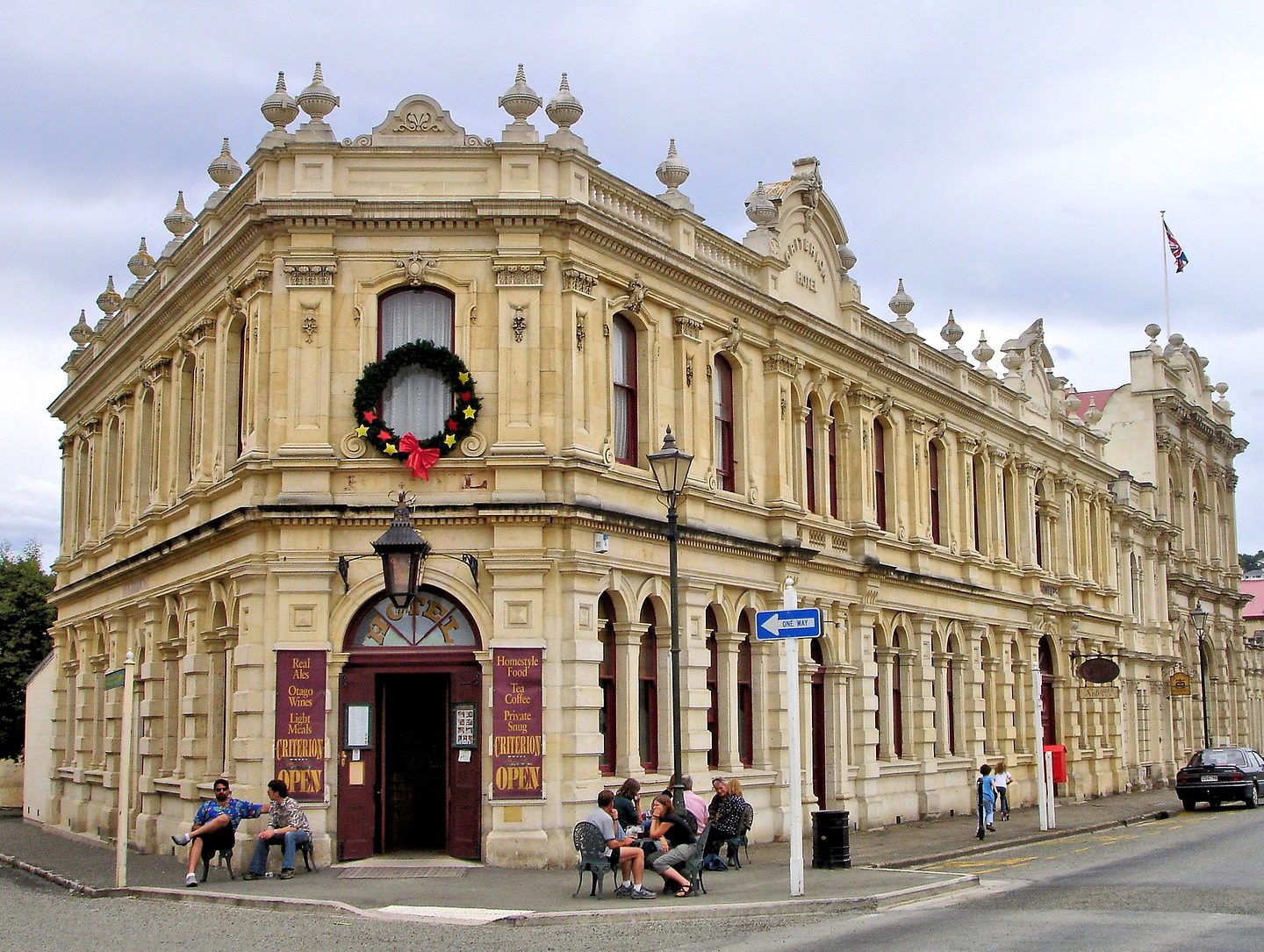 Oamaru was observed by Captain Cook in 1770, was an occasional refuse for whalers in the early 19th century, was first settled in 1850 and rapidly grew as a major port for the next thirty years. Its prosperity, along with abundant Oamaru limestone, lead to a construction boom near the harbor until the 1880s. The Criterion Hotel – built in 1877 – is an example of the town’s 70 historic buildings from this era. Most have been restored and become the Victorian Precinct. The district features boutique shops, galleries, museums, restaurants and bars. This town of about 14,000 residents is a tourist’s delight.