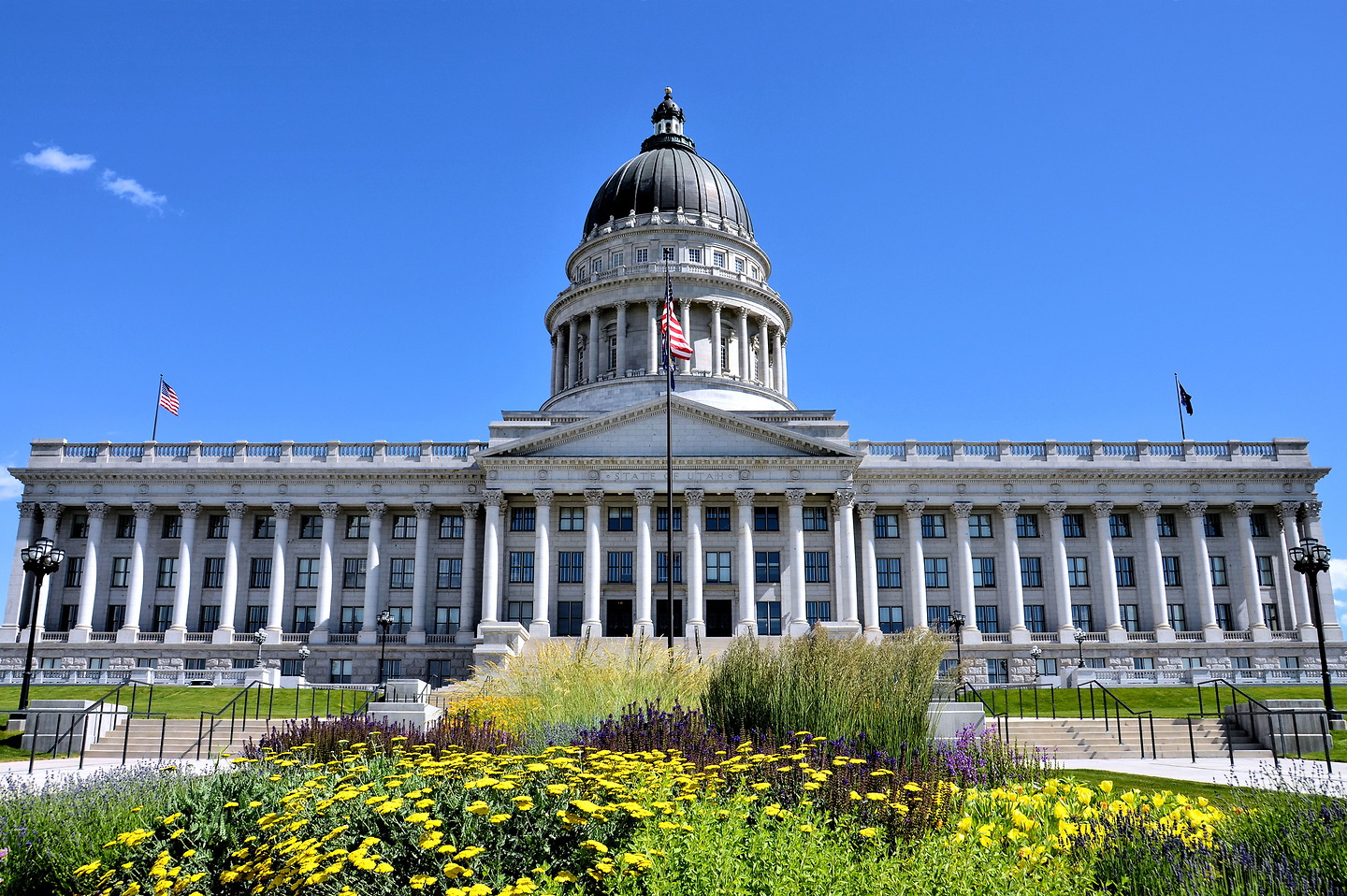 There are 52 Corinthian columns surrounding three sides of the Utah State Capitol Building in Salt Lake City. Each one measures 32 feet tall. They create a dramatic display across the 404 foot southern façade. The capitol exterior was covered with Utah granite before construction was finished in 1916. The appearance has been compared to the Parthenon in Athens and the Forum in Jerash, Jordan. Utah became the 45th state on January 4, 1896.