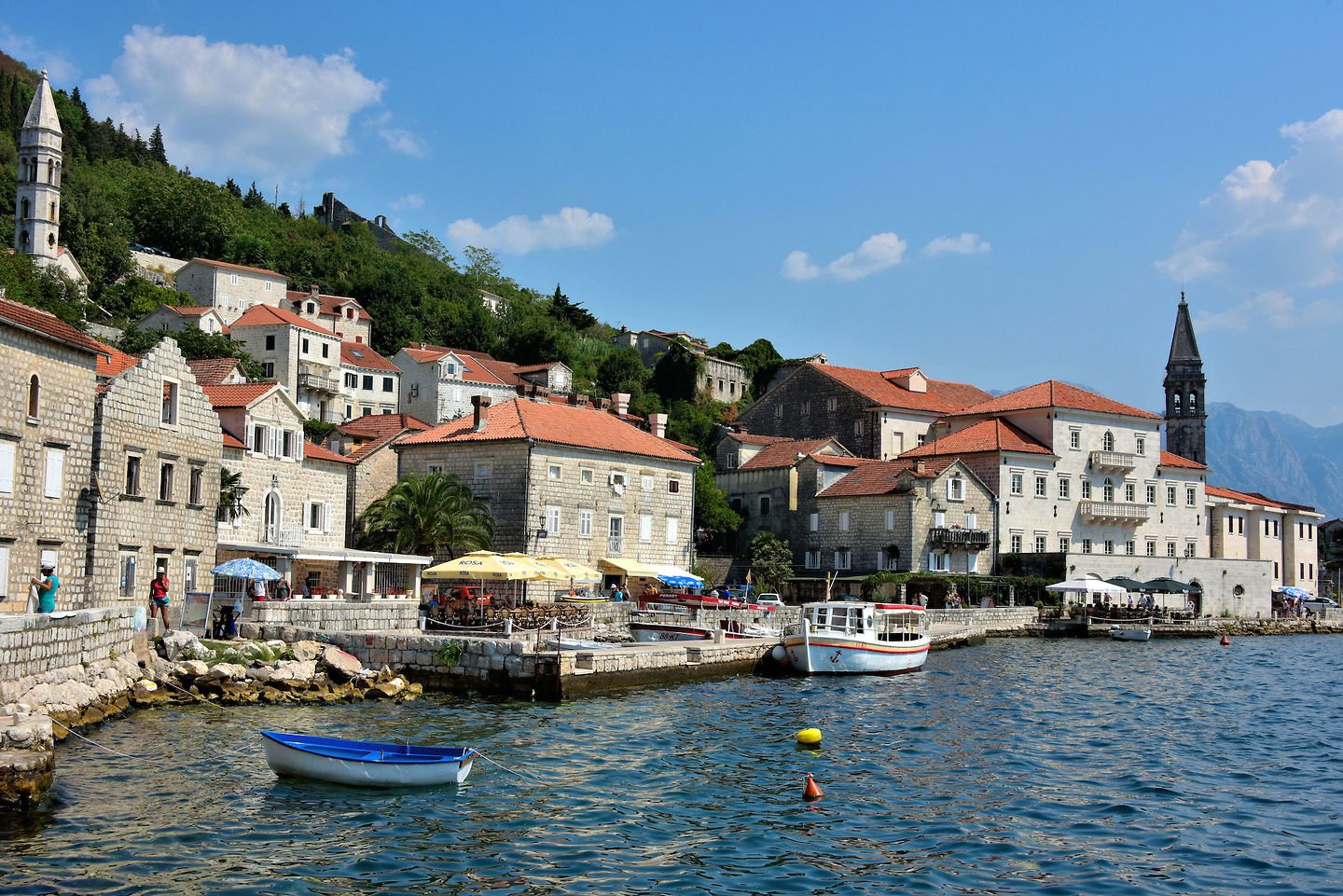 Perast has over 15 Catholic churches. That is a lot for a community of 350 people. Two of them were constructed during the 17th century with very impressive bell towers. On the left is the slender, octagonal belfry of the Church of Our Lady of the Rosary. It was built in 1687 next to the palace and mausoleum for Andrija Zmajevic. He was the Archbishop of Bar. Three years later, the bell tower of St. Nicholas Church was completed. Both were designed by Andrija Zmajcvic. They reflected the town’s growing prosperity as shipbuilders which peaked about one hundred years later.