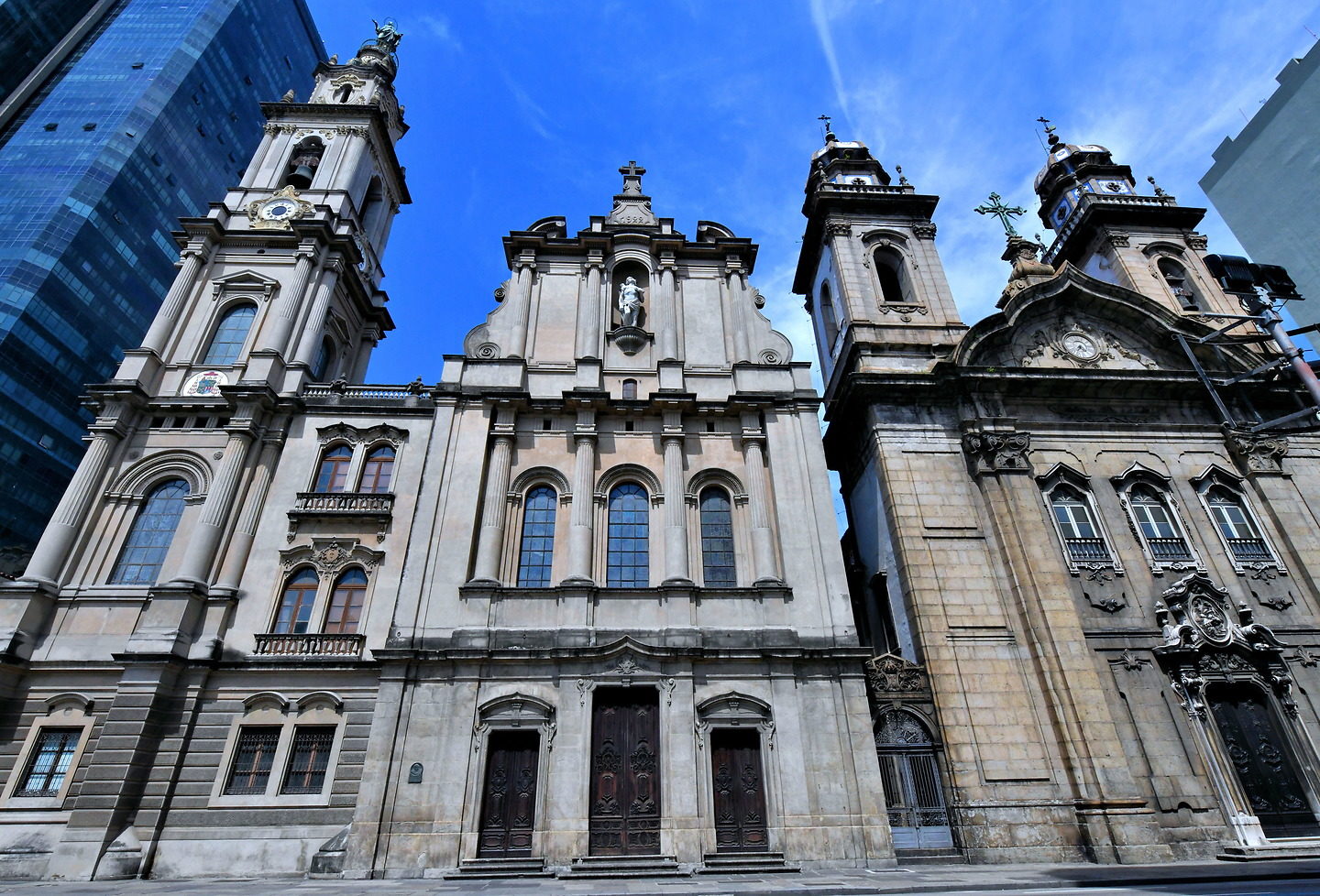 After a missionary group from the Carmelite Order arrived about 1590, they built a chapel and convent. The friars did not have a church until the one on the left was finished in 1770. At the start of the 19th century, Queen Maria I of Portugal designated the Church of Our Lady of Carmo as the Cathedral of Rio de Janeiro. It maintained this designation until it was replaced in 1976. Consequently, Nossa Senhora do Carmo Church is frequently called The Old Cathedral. On the right is the Church of the Third Order of Carmo. It was constructed for lay people who live by Carmelite Order principles. This Catholic church was also finished in 1770. However, the twin towers on the right were added in 1850.