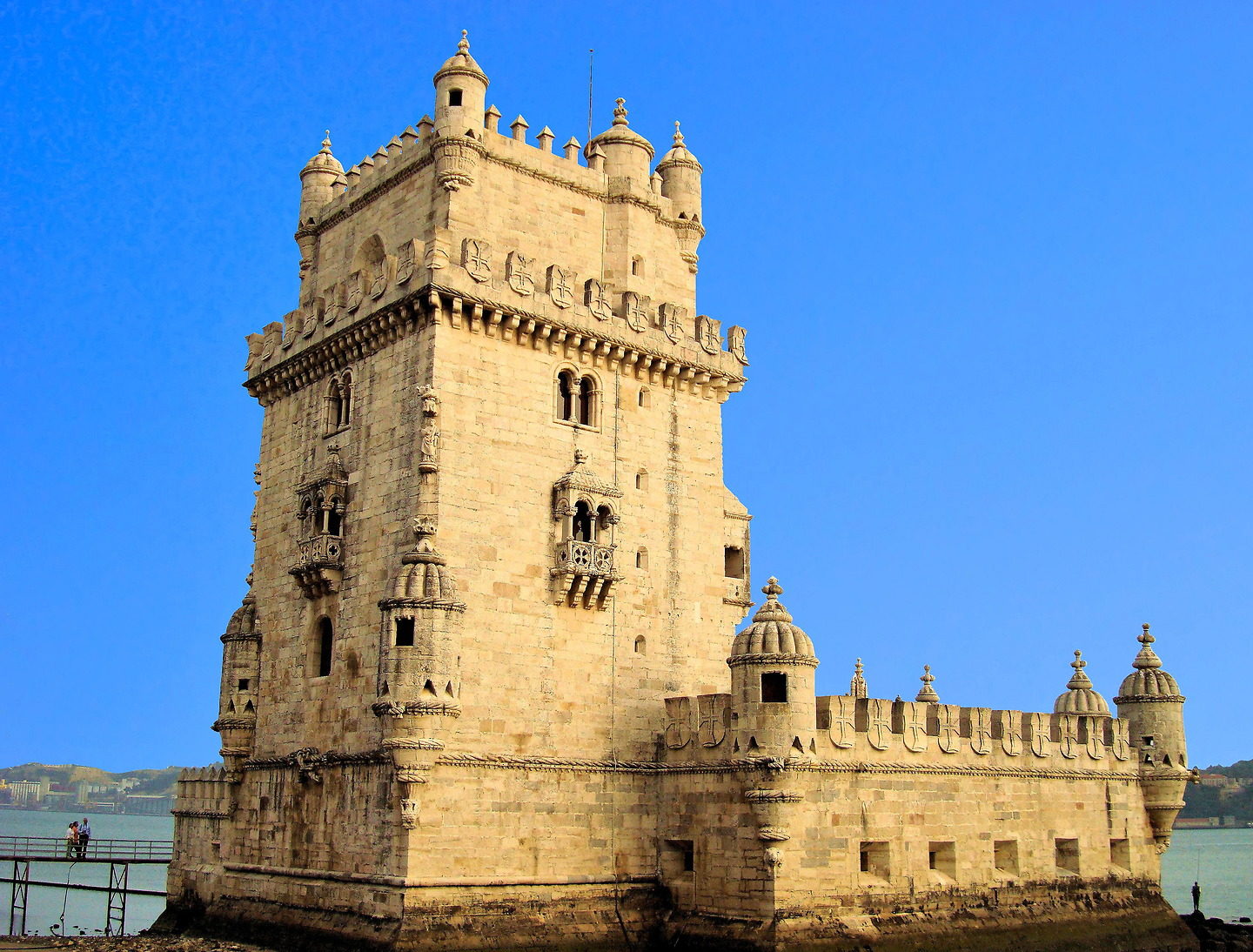 In the early 16th century, King Manuel I ordered a fortification to be built along the Tagus River to protect Lisbon from invasion. This 100 foot, limestone tower with exquisite turrets, canon portholes and the hexagon bastion on the right was finished in 1519. The Torre de Belém’s unique architectural style is named Manueline after the Portuguese king. The Tower of Belém failed twice during battle and was later used as a prison.