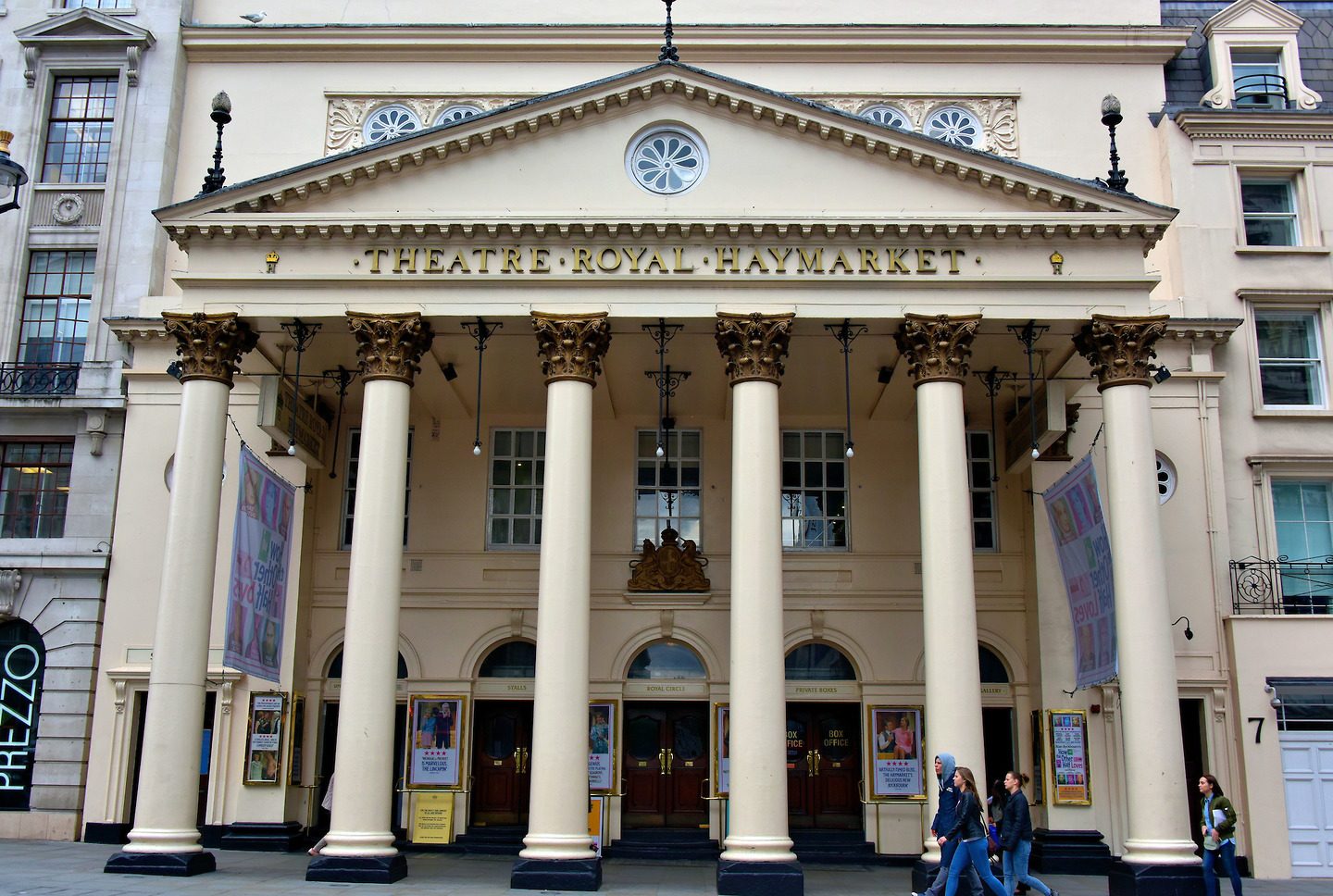 John Potter built the Hay Market theatre in 1720 just as the West End theatre district was beginning to emerge among the squalor on Haymarket street. The Little Theatre in the Hay struggled until 1729 but then was closed in 1737 for political censorship. The playhouse reopened in 1741. When Samuel Foote acquired a Royal Patent from King George III in 1767, it was renamed Theatre Royal Haymarket. The current structure designed by John Nash was finished in 1821. TRH has a reputation for staging classic plays and new productions.