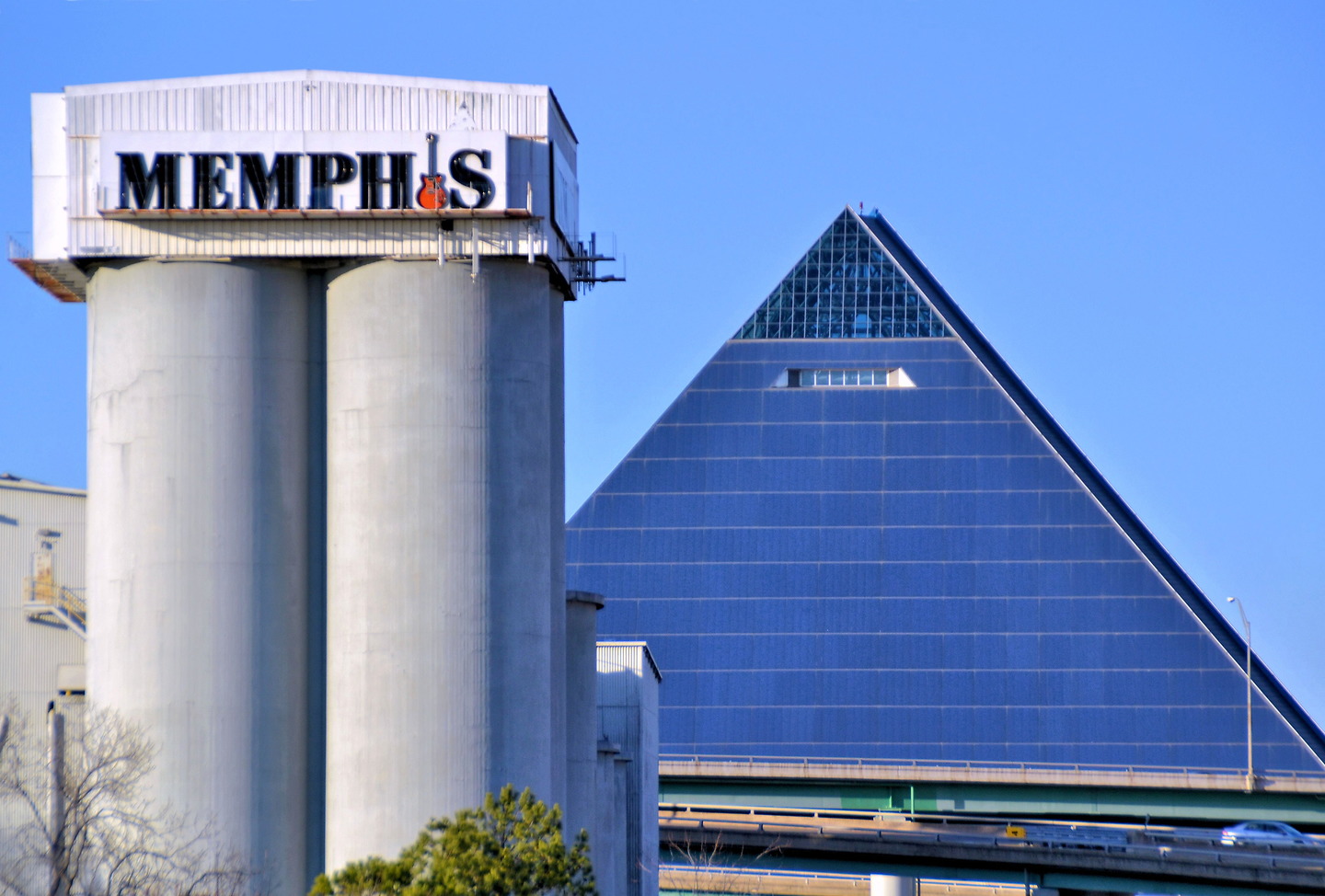 Tennessee’s second largest city is named after Memphis, Egypt, home of the Pyramid of Djoser. The Step Pyramid was built in the 27 century BC! So, perhaps it is not surprising to see a colossal glass pyramid along the Mississippi River just north of downtown. The original plans envisioned three pyramids at two-thirds scale of the Giza Pyramid Complex near Cairo. Only one was built in 1991 as a sports arena. The Memphis Pyramid hosted basketball games and concerts until the FedExForum opened in 2004. The abandoned landmark was revitalized in 2015 as a Bass Pro Shops megastore.