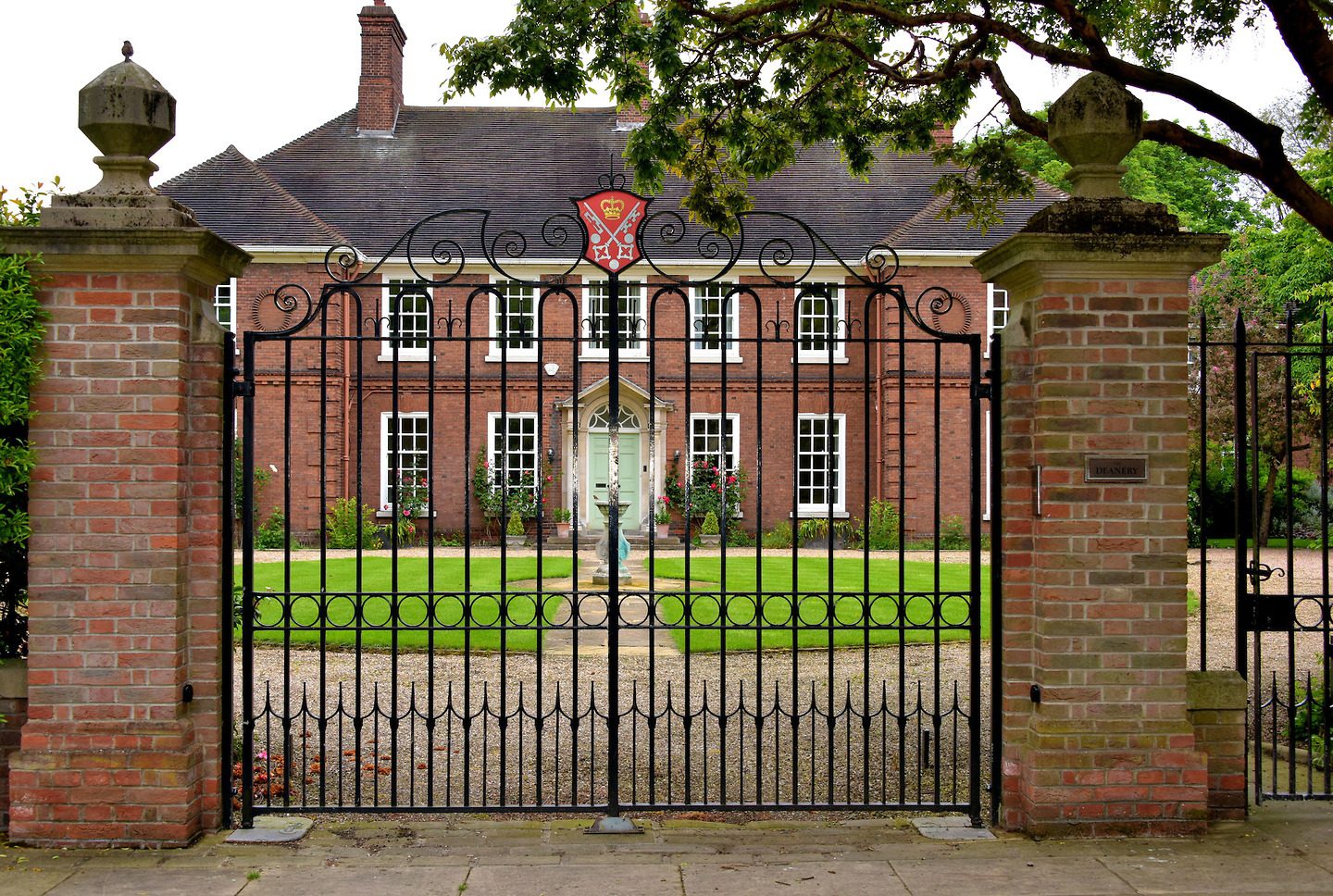 The Dean of York is responsible for the management of York Minster. The first person to have this role from 1093 until 1135 was named Hugh. The Deanery was built in 1939 to replace an earlier residence for the Dean of York Minster. The Neo-Gregorian building in Minster Yard was designed by the firm of Rutherford & Syme. Notice the coat of arms for the Diocese of York on the front gate. The heraldic insignia features Saint Peter’s crossed keys to heaven below a regal crown. The diocese was formed in 625 AD.