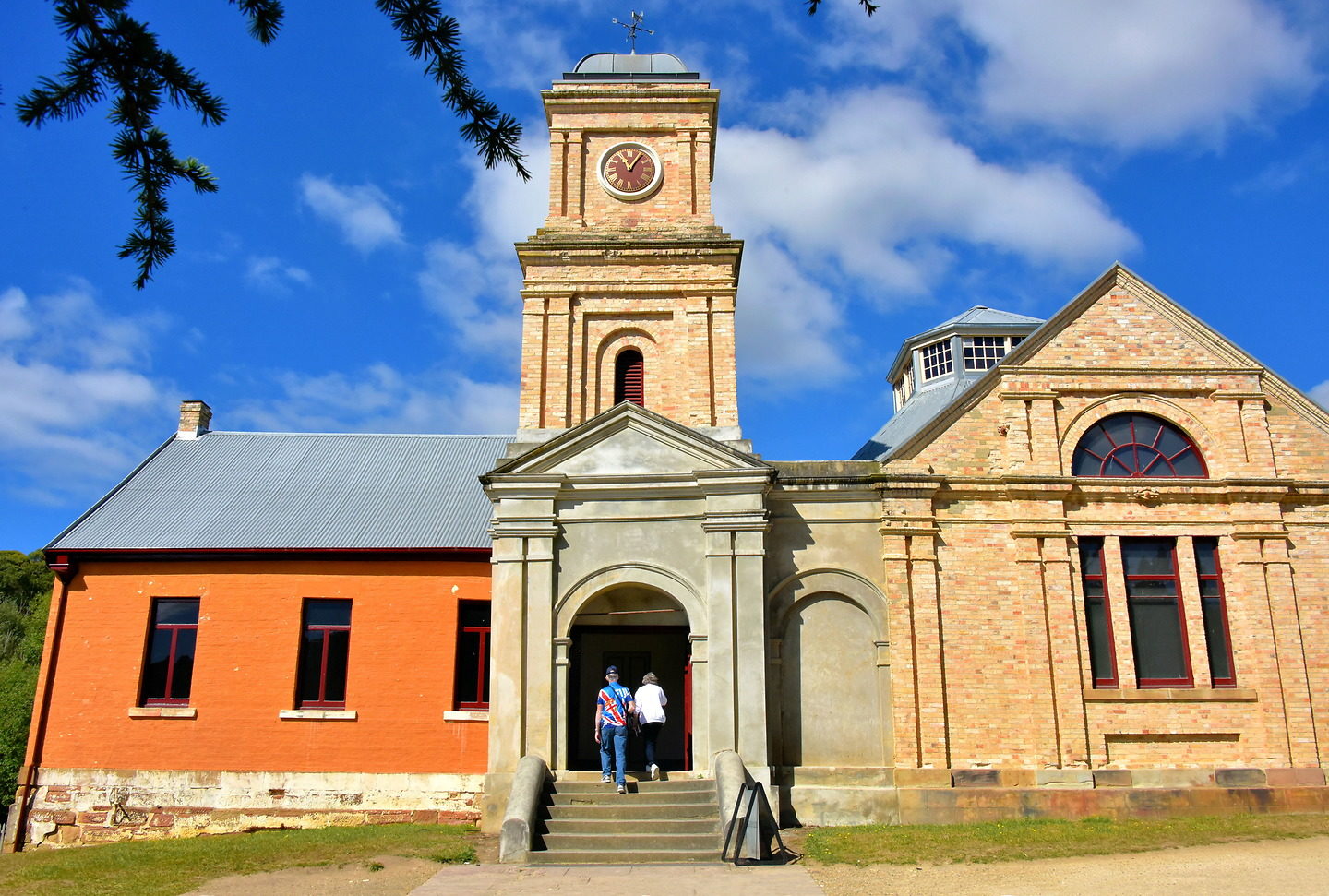 Physical punishment at Port Arthur was harsh, including hard labor, leg irons and flogging on the bare back with a cat-o-nine tails (called the lash). Worse yet was psychological torture including solitary confinement. No wonder so many convicts went insane. In 1868, The Asylum was built, the last major structure at Port Arthur. This was an ugly place for the mentally ill (disparagingly referred to as lunatics). In 1889, the structure was given to the Carnarvon Town Board as a town hall. After a devastating fire in 1895, it was rebuilt including the tower. The township was renamed Port Arthur in 1927. After the council left in 1973, The Asylum was converted into a museum and café.