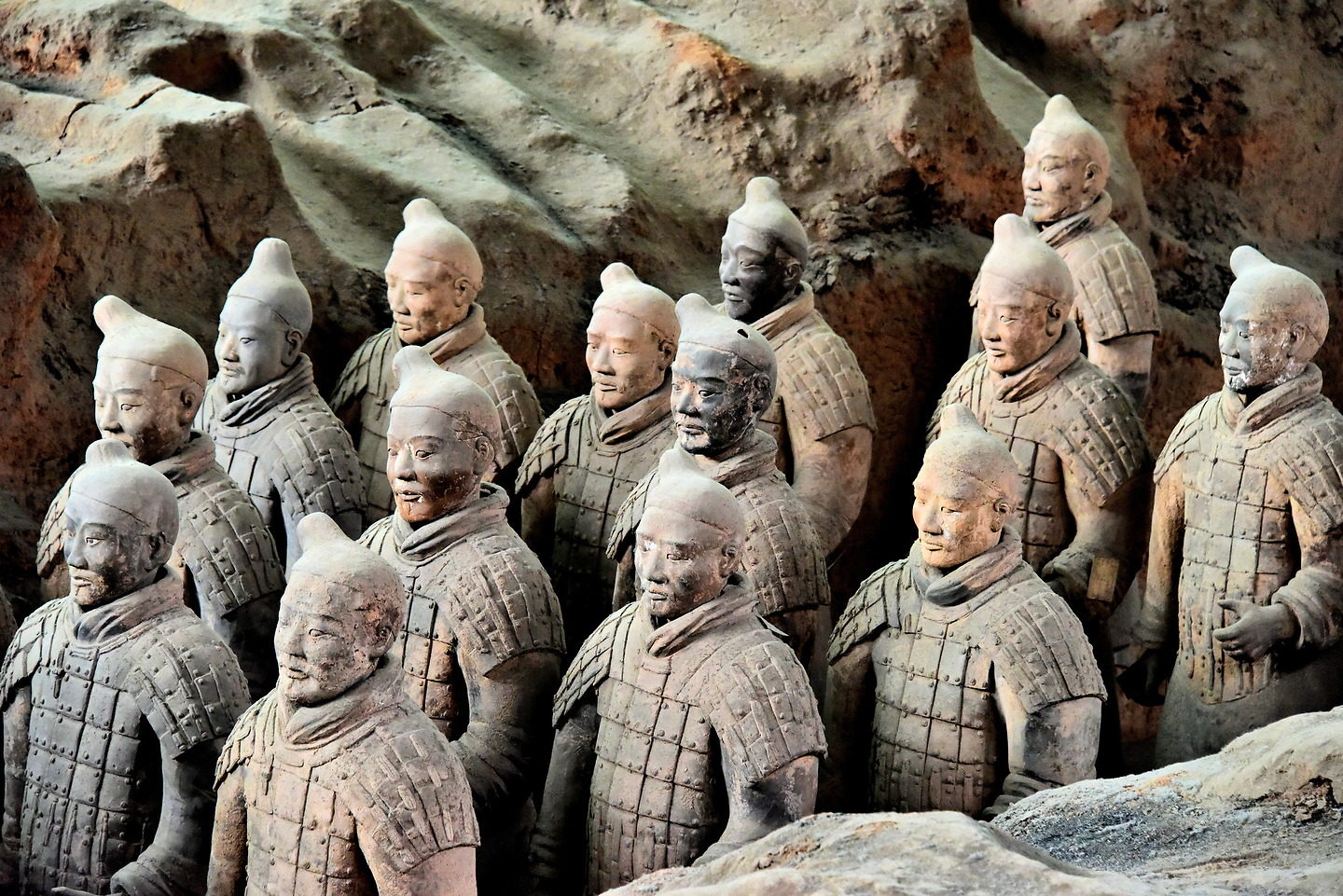 Approximately 8,000 Terracotta Warriors have been unearthed so far within three pits at the Qin Shi Huang Mausoleum. The largest collection is in Pit Number One measuring 3.5 acres. 2,000 pottery soldiers stand in 38 columns of battle formation. They weigh 300 to 400 pounds despite being hollow inside. Each life-size figure has unique facial features. Some historians speculate the warriors may have been modeled after real people. Represented in the army are foot soldiers, cavalrymen, archers, chariot drivers, officers and military commanders. Many were discovered still clutching authentic metallic weapons such as crossbows, spears, swords and axes. The burial pits also contained about 520 horses and 130 chariots.