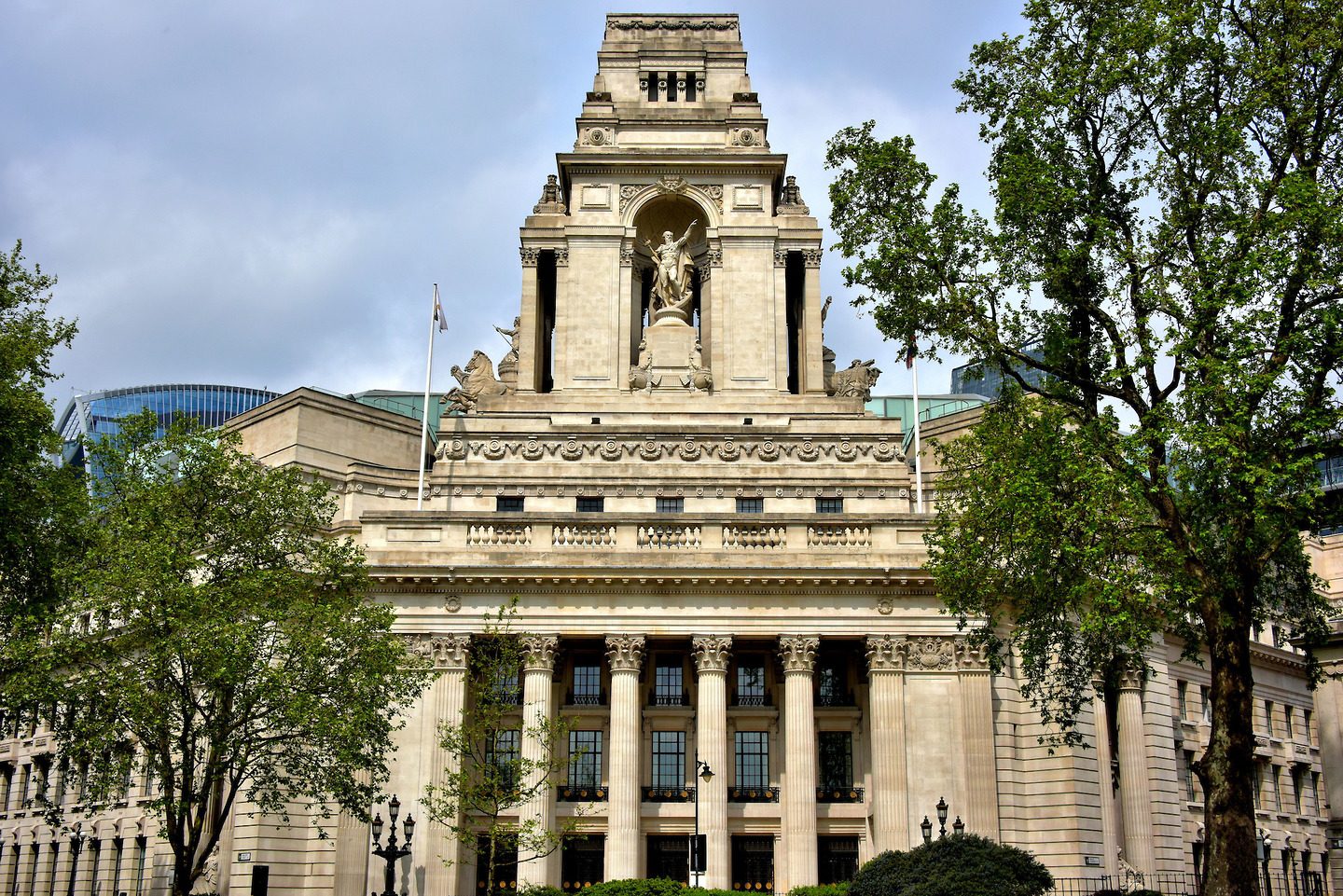 The Port of London Authority was established in 1908 to regulate all transportation and the docks along the River Thames. In 1922, the Ten Trinity Square building on Tower Hill became the PLA’s headquarters. The neoclassical design by Sir Edwin Cooper features a statue of Old Father Thames in the center niche of the white, Portland stone façade. After the landmark suffered extensive bombing damage during World War II, it was converted into the offices of an insurance company. The property was acquired by the Reignwood Group in 2010. In early 2017, Ten Trinity Square reopened as luxury residences, hotel rooms and a club branded as Four Seasons. James Bond fans may recognize this as M16 from the 2012 Skyfall movie.