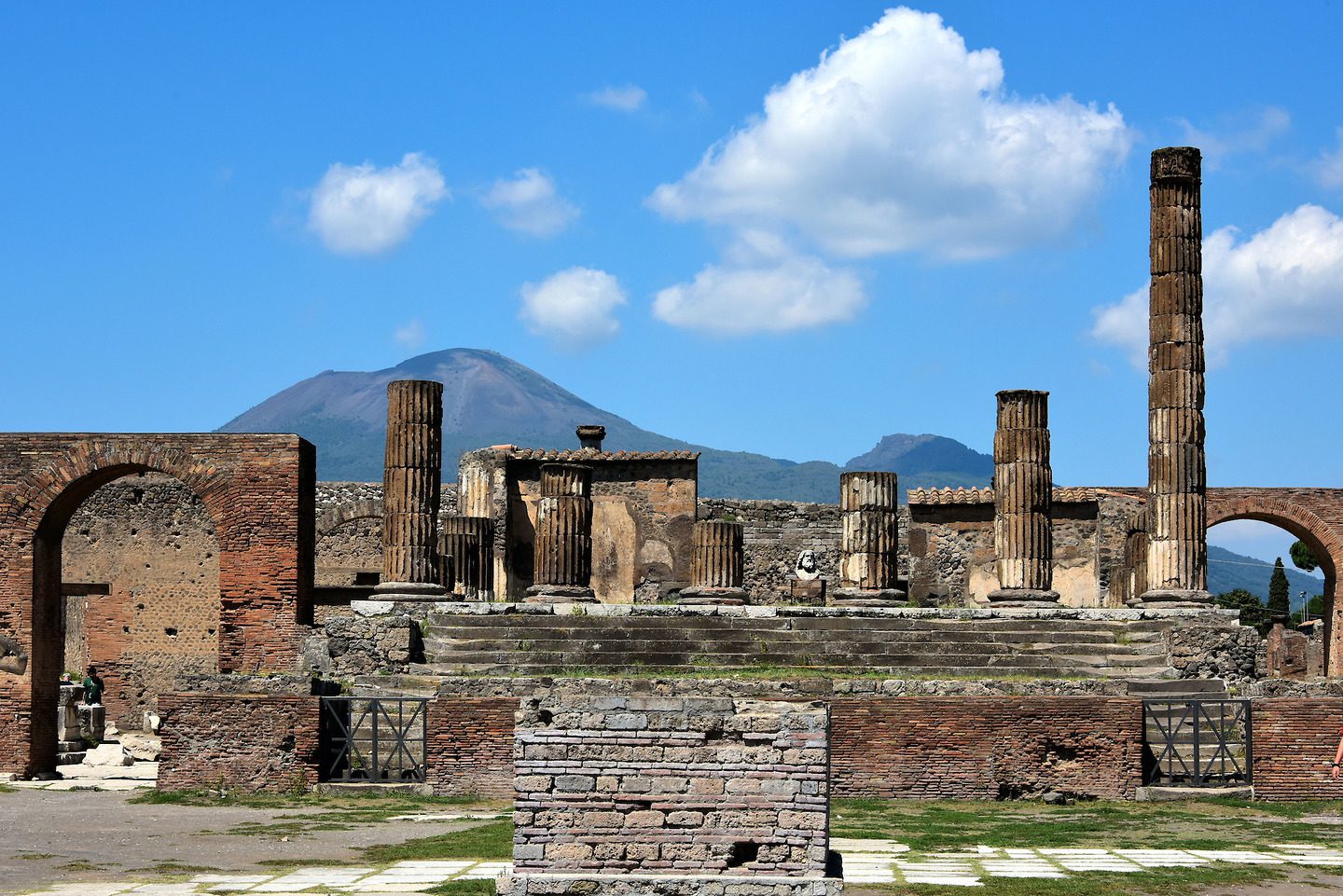 At the northern end of The Forum is the Temple of Jupiter. It was dedicated to the god of the sky and thunder plus other Roman mythological deities. The temple was also a place of worship for two other members of the Archaic Triad: Mars and Quirinus. Temple of Jupiter was initially built during the second century BC. Then it was expanded twice prior to 79 AD to a size of 121 by 56 feet supported by a colonnade. On the left is the Drusus triumphal arch.