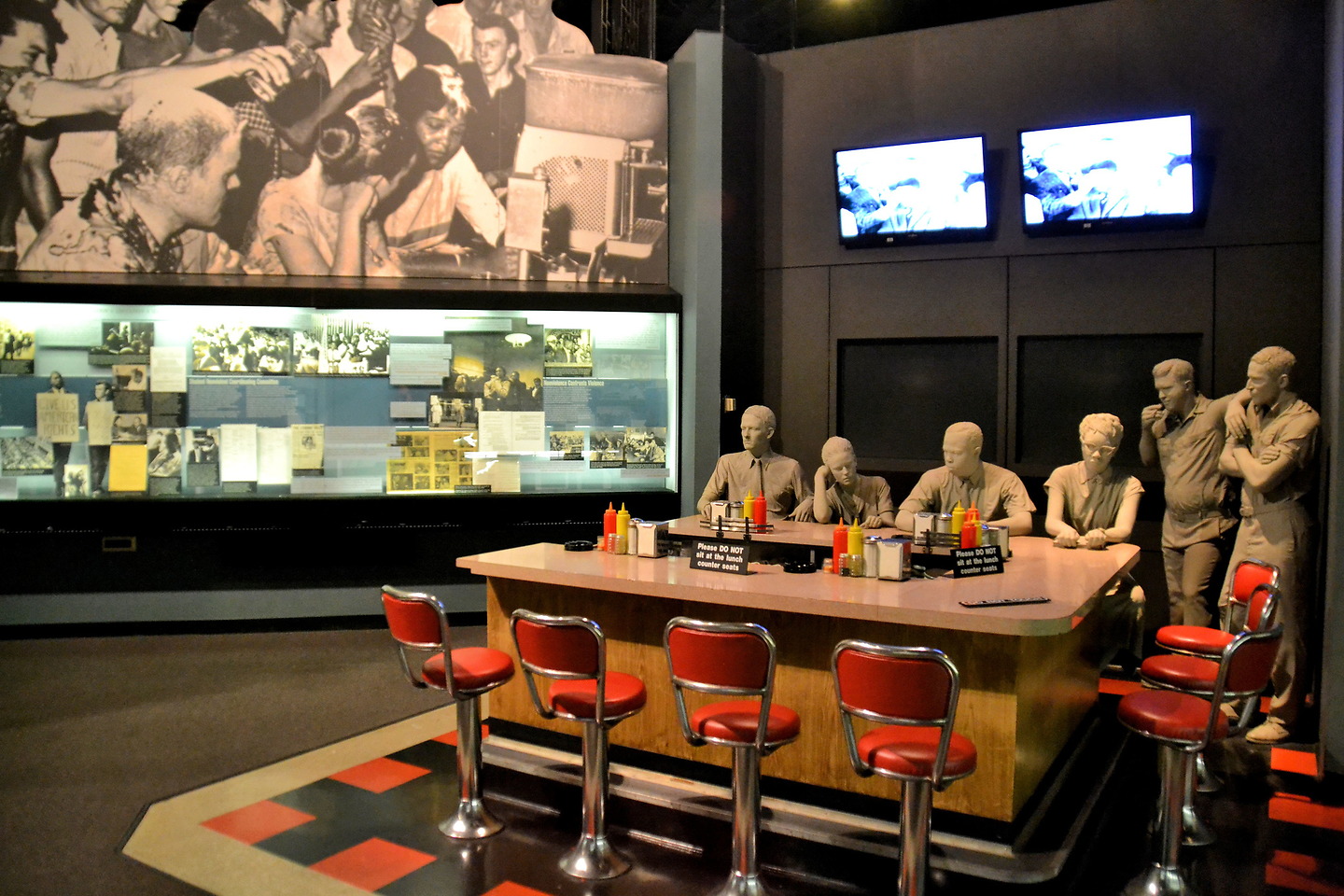 The Lorraine Hotel began deteriorating after Martin Luther King was killed, went into bankruptcy in 1982 and closed in 1988. In 1991, the hotel and adjacent buildings reopened as the National Civil Rights Museum. The complex displays major milestones of the civil rights movement from the late 1940s through the late 1960s. This exhibit portrays when four college students refused to leave a Woolworth’s whites-only lunch counter in North Carolina on February 1, 1960. The actions of the Greensboro Four led to similar sit-ins involving as many as 70,000 people across the south. The media attention caused Woolworth to implement a desegregation policy five months later.