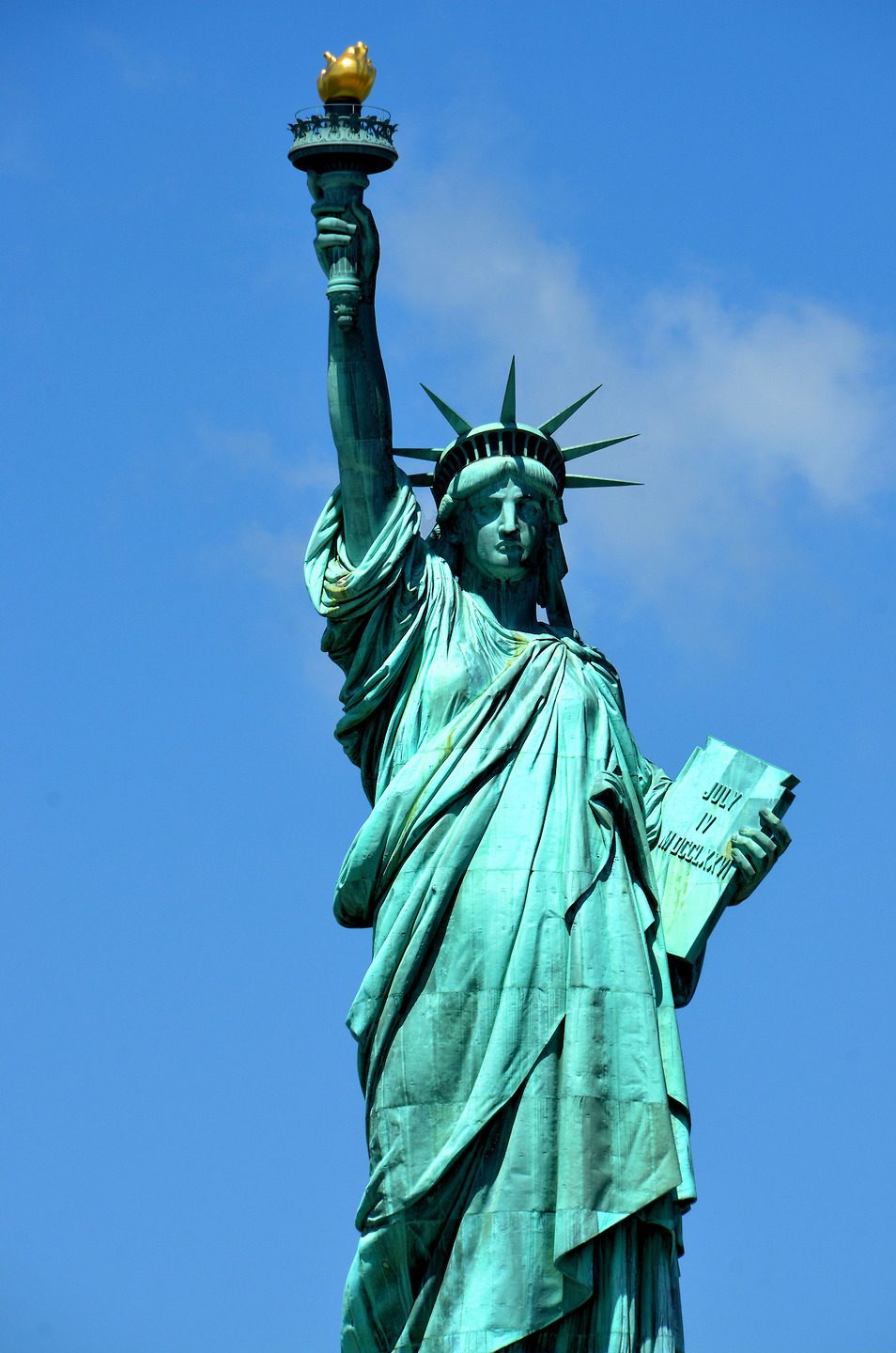 In the middle of New York Harbor is an iconic image of the 238 BC Roman goddess named Libertas. Everyone calls her the Statue of Liberty. The gift from France in 1886 was sculpted by Frédéric Bartholdi. Gustave Eiffel created the framework. The crowned and robed figure stands 351 feet on Liberty Island. She welcomed more than 12 million immigrants as they were processed at Ellis Island from 1892 to 1954. They were the ancestors of one-third of today’s U.S. population. She holds a tablet with the date July 4, 1776. Approximately four million people visit her each year.