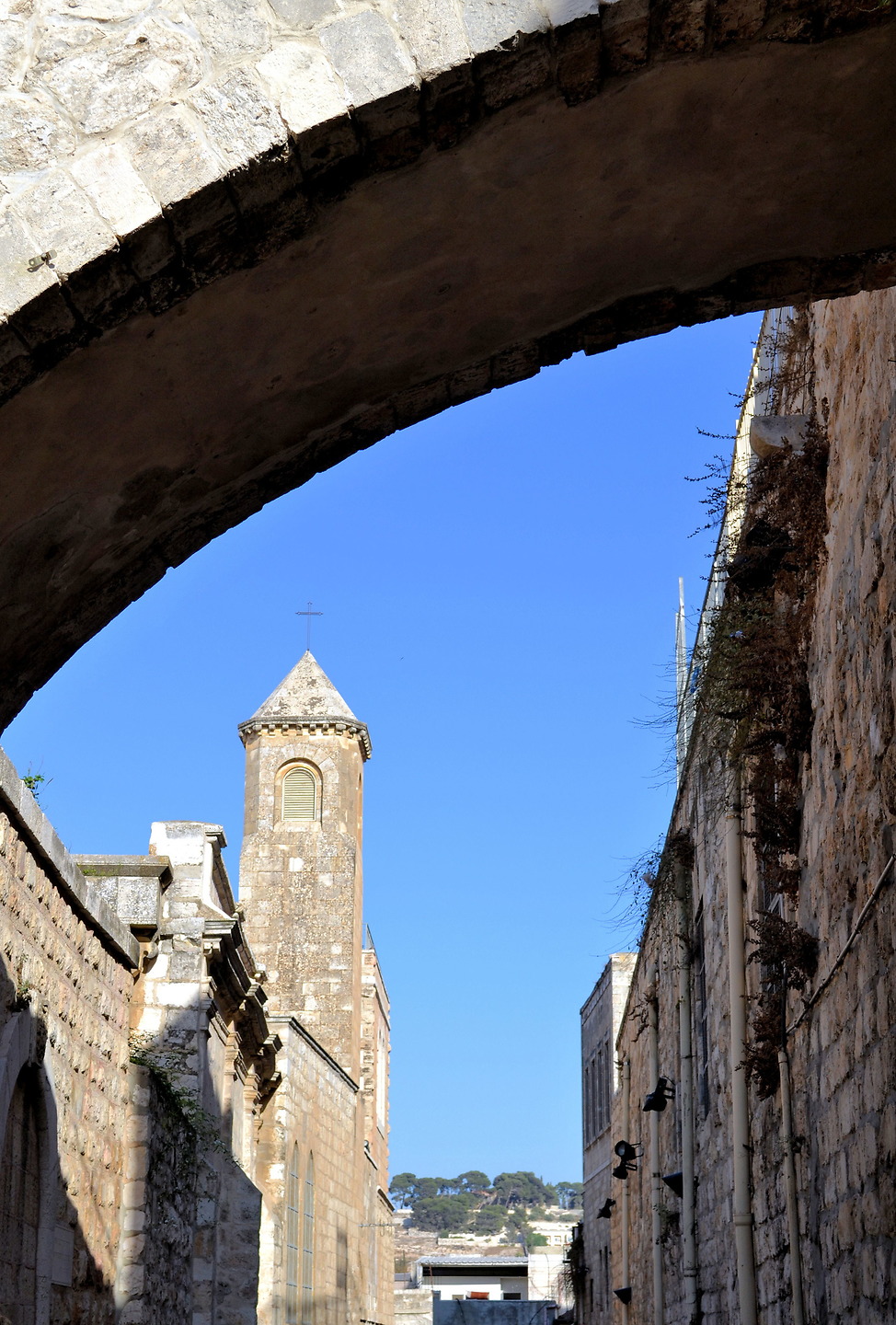 Scholars agree the crucifixion of Jesus occurred in Jerusalem while the city was part of Judea, a Roman province ruled by governor Pontius Pilate (28 – 36 AD). Many other details are debated including the path Jesus took from condemnation to his death and resurrection. Yet you can follow a traditional route for about a third of a mile through the Old City called Via Dolorosa (Way of Suffering). The 14 Stations of the Cross begin at Lions’ (or St. Stephen’s) Gate along the east city wall, initially wind through the Muslim Quarter and end at the Church of the Holy Sepulcher in the Christian Quarter. Your first stop is marked by this Monastery of the Flagellation bell tower.