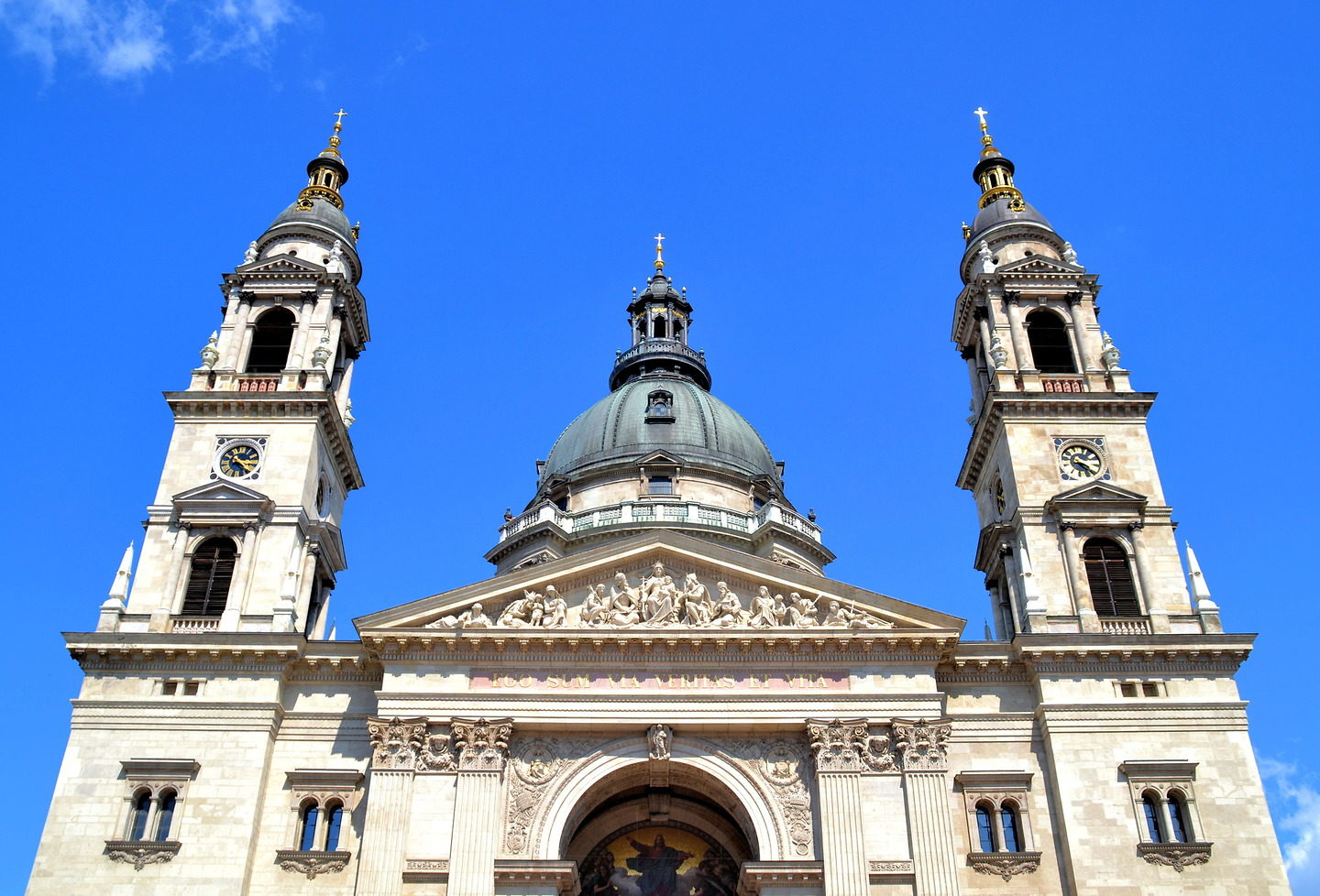 St. Stephen’s Basilica is one of Budapest’s most important religious landmarks. Planning and construction of the Catholic church required 95 years. Although fundraising began in 1810, the project did not begin until 1851 and was completed in 1905. The structure’s Neoclassical style was initially designed by József Hild. Two other architects supervised this co-cathedral of the Esztergom-Budapest Archdiocese, giving it some Neo-Renaissance features. In the south tower (on the right) is the country’s largest bell weighing 9.5 tons.