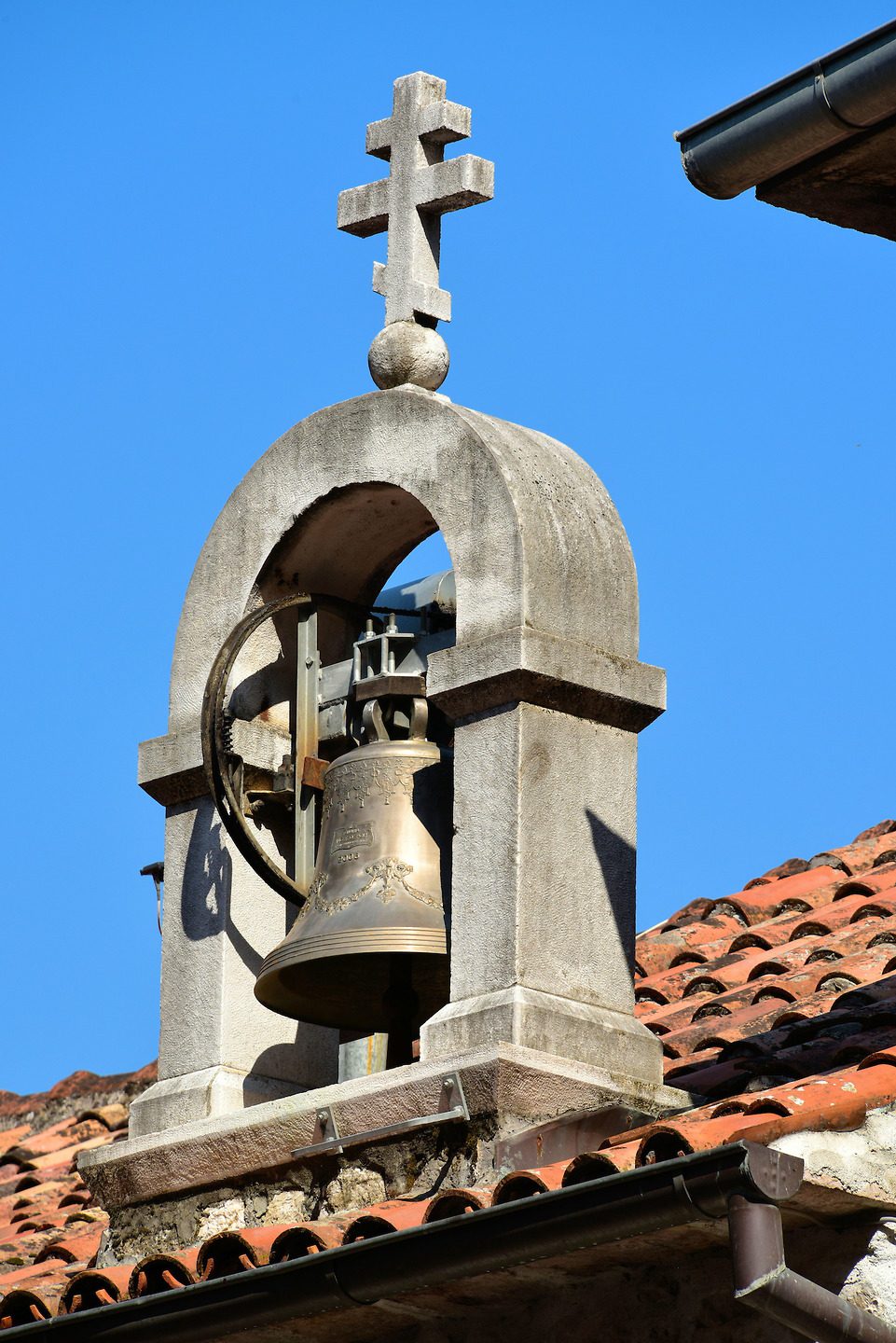 This humble silver bell with a double-crossed crucifix above its yoke is dated 2006. This is extremely new relative to the Medieval and Renaissance period churches in Kotor. It belongs to the Church of Saint Peter of Cetinje which is almost invisible except for a small flight of stairs. Their denomination is Montenegrin Orthodox, a small religious community founded in Montenegro in 1993 and recognized by the government in 1999. They believe they own all the property of the Serbian Orthodox Church in this country such as the neighboring St. Nicholas Church. But to date, their claims have not been substantiated nor have they been canonized.