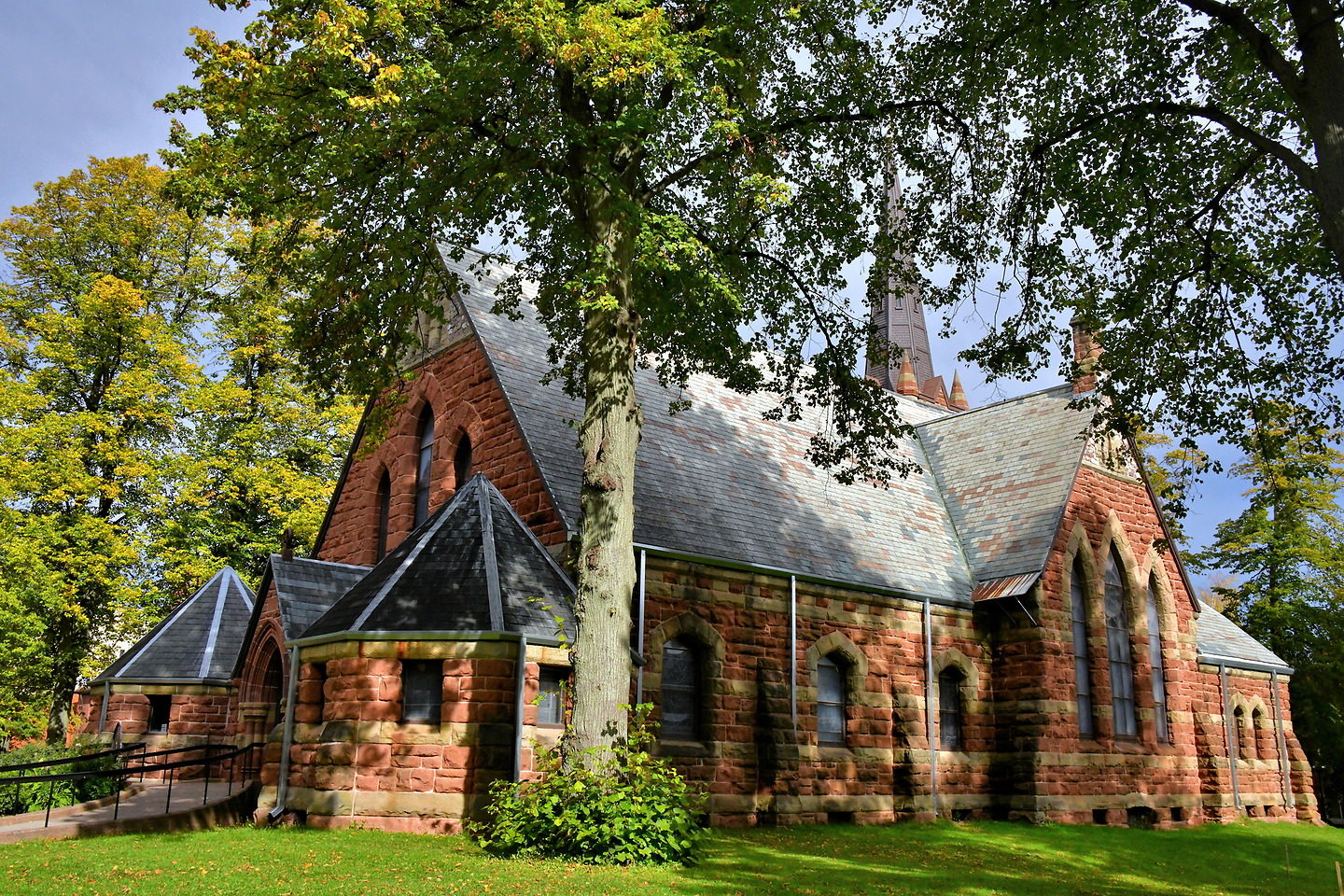 The British acquired St. John’s Island (name of Prince Edward Island before 1799) from the French in the Treaty of Paris in 1763. For the next six years, the island was governed as part of Nova Scotia. When it became a separate colony in 1769, money was allocated to build an Anglican church. Yet the first rector was not appointed until 1777. Three churches were constructed and demolished before the current St. Paul’s Anglican Church was finished in 1896. This church hall was added in 1906. The Gothic Revival design by architect Charles Chappell features an Island sandstone façade.