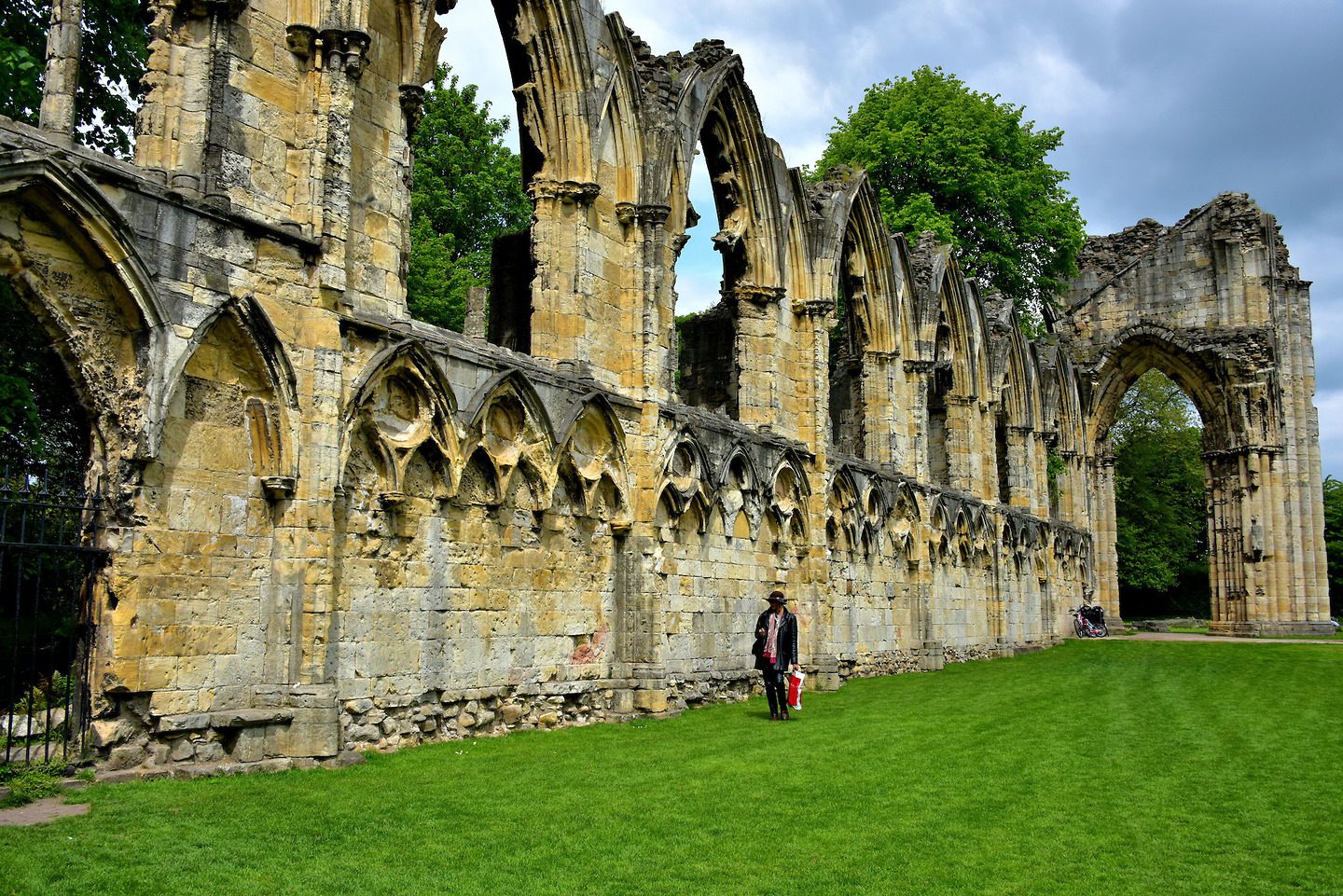 During the late 11th century, Alan Rufus was one of the richest Norman landholders in Yorkshire. In 1088, he and King William II founded a Benedictine monastery in York called St Mary’s Abbey. The first church dedicated to St. Olave was built soon afterwards but then rebuilt almost two hundred years later. The Abbey Church, designed by Simon de Warwick, was grand in style and scale. The nave was 350 feet long. The abbey was plundered and destroyed in 1539 as a consequence of the English Reformation. In the early 18th century, many of its stone blocks were repurposed for other construction around York. All that remains today are sections of the north and west walls.