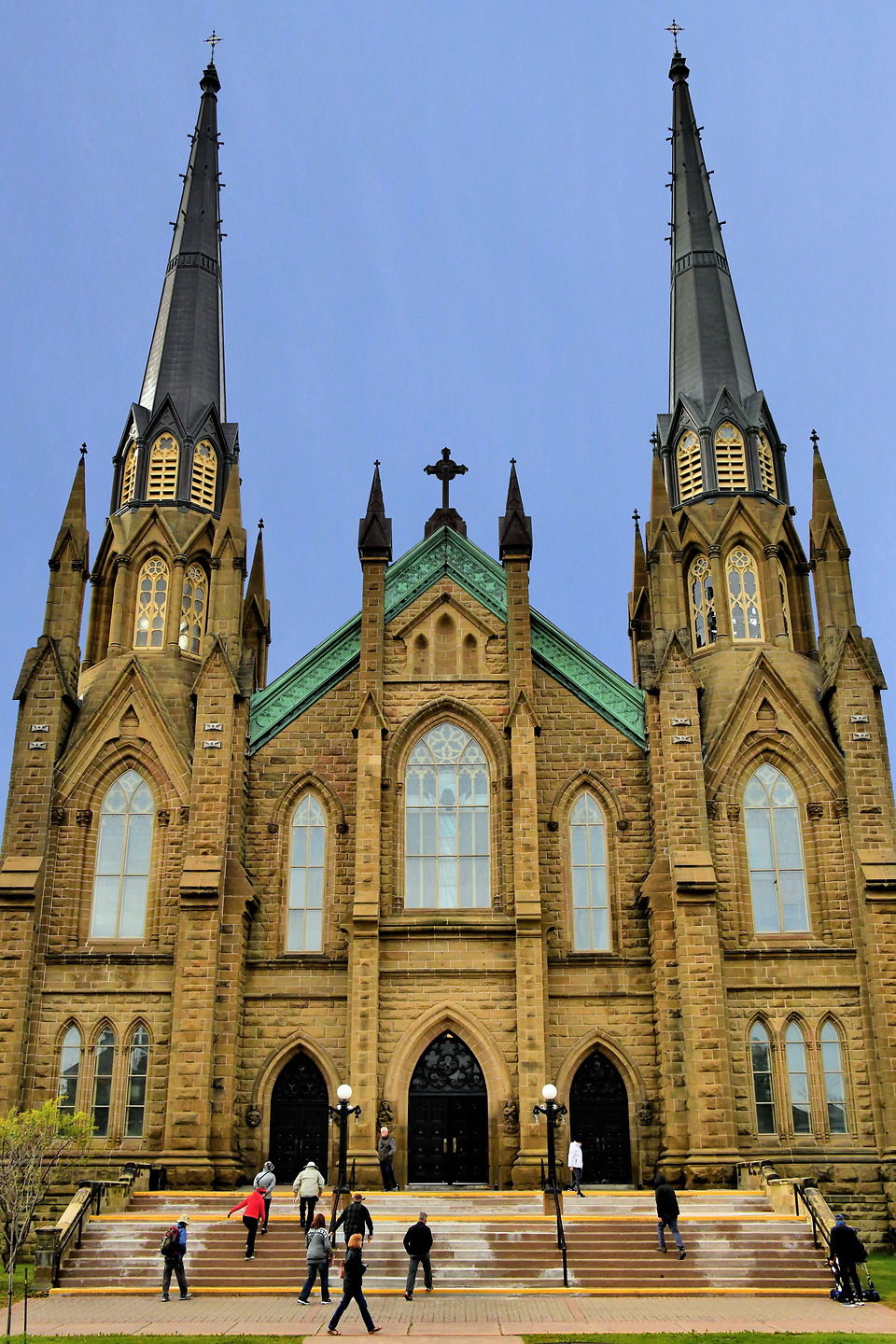 The twin spires of St. Dunstan’s Basilica Cathedral rise 200 feet. They are a focal point for downtown. This is the fourth Catholic church to occupy this site on Great George Street. The first was erected in 1816 and became a cathedral in 1829 when the Diocese of Charlottetown was formed. It was replaced by another wooden building in 1843. In the late 19th century, architect François-Xavier Berlinguet created a grand High Victorian Gothic Revival design. The new stone cathedral was consecrated in 1907 then heavily damaged by fire six years later. Great effort was made to reconstruct the façade according to the original drawings. St. Dunstan’s Cathedral was elevated to a basilica in 1929 and designated as a National Historic Site of Canada in 1990.