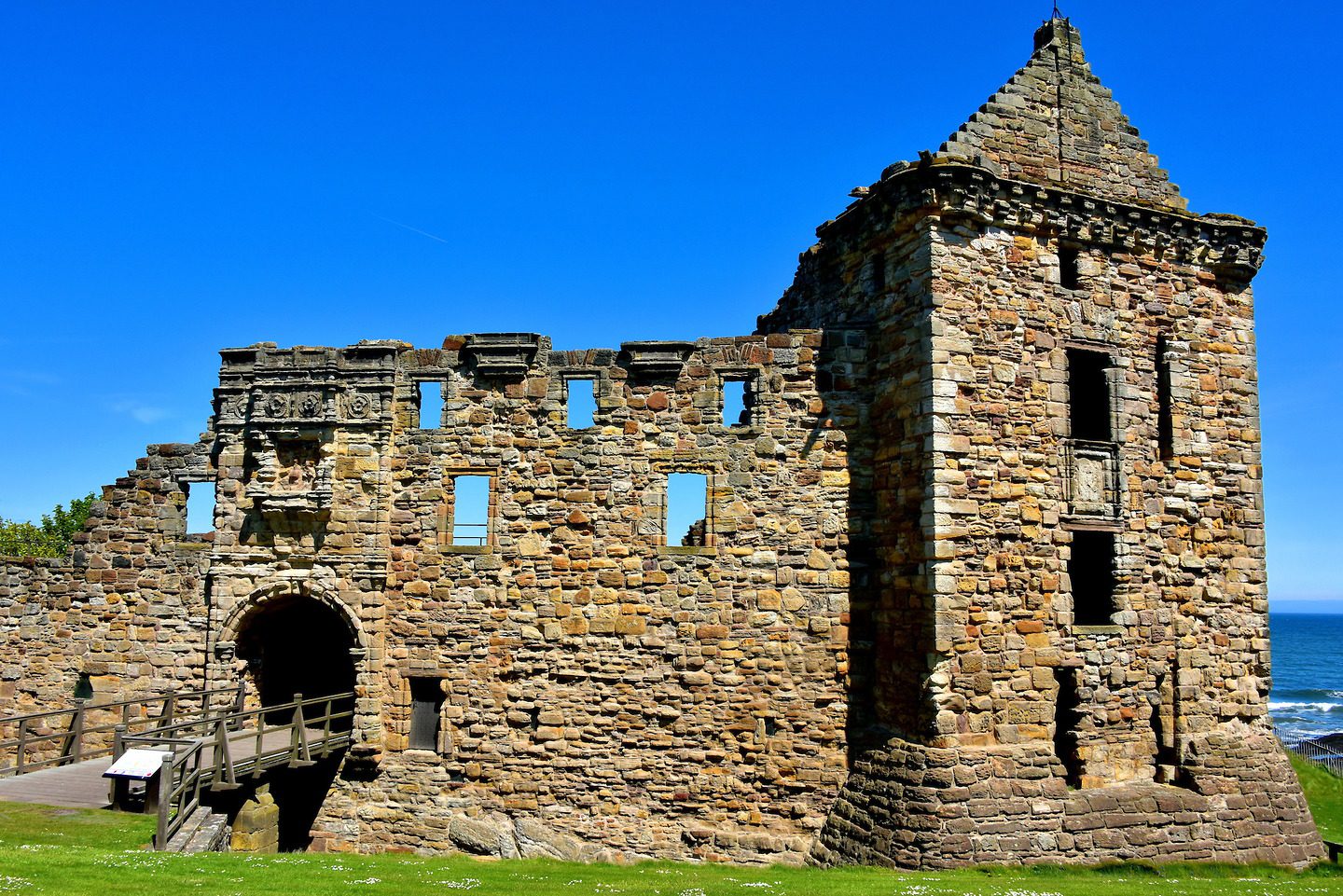 Since the 12th century, this castle was the home for local bishops, royalty and an infamous prison. The landmark also witnessed executions and assassinations plus was the scene of numerous battles. This side view of St Andrews Castle is called the Hamilton Façade. Note the wooden bridge leading into the citadel’s entrance. This wing was built by Archbishop John Hamilton in the mid-16th century. The castle was abandoned about 20 years after the archbishop was hung in 1571.