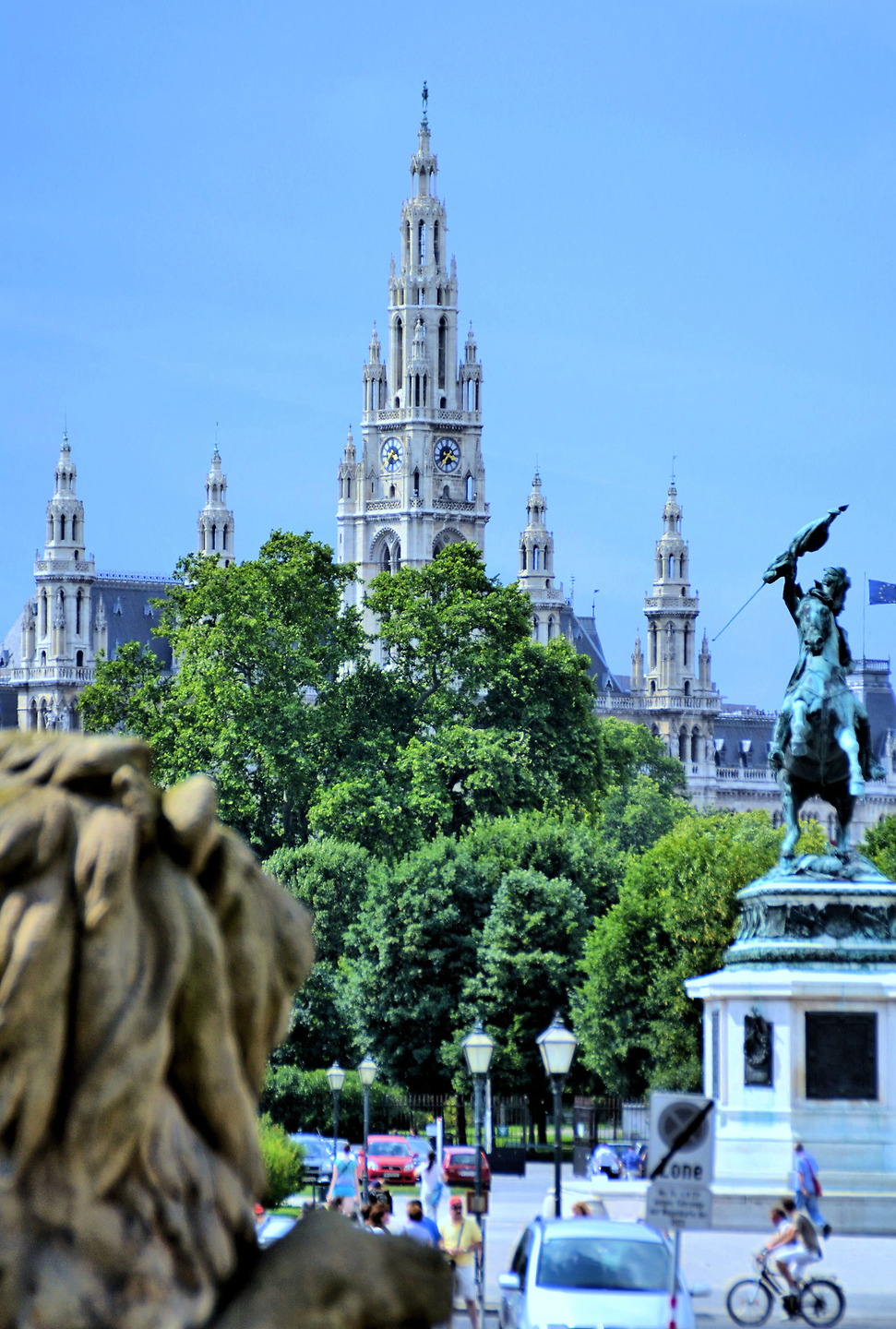 In front of Neue Burg is Heldenplatz. Heroes’ Square was created in the early 19th century, shortly after Napoleon’s siege of the city in 1809. In the center is an equestrian monument to Archduke Charles. Karl von Österreich-Teschen was an Austrian army commander during the French Revolutionary and Napoleonic wars. The sculpture was created in 1859 by Anton Dominik Fernkorn. This vantage point offers a tremendous view of the Rathaus Vienna (City Hall). Hero’s Square is the frequent scene of festivals and public demonstrations. The most historic occasion occurred here on March 15, 1938 when Adolph Hitler declared Austria was part of Nazi Germany. The event is called Anschluss Österreichs meaning the Annexation of Austria. Next to Heldenplatz is Volksgarten. The People’s Garden was the city’s first public park when it opened in 1823. The relaxing greenspace is filled with statues, fountains, pavilions and flower beds including over 3,000 rose bushes.