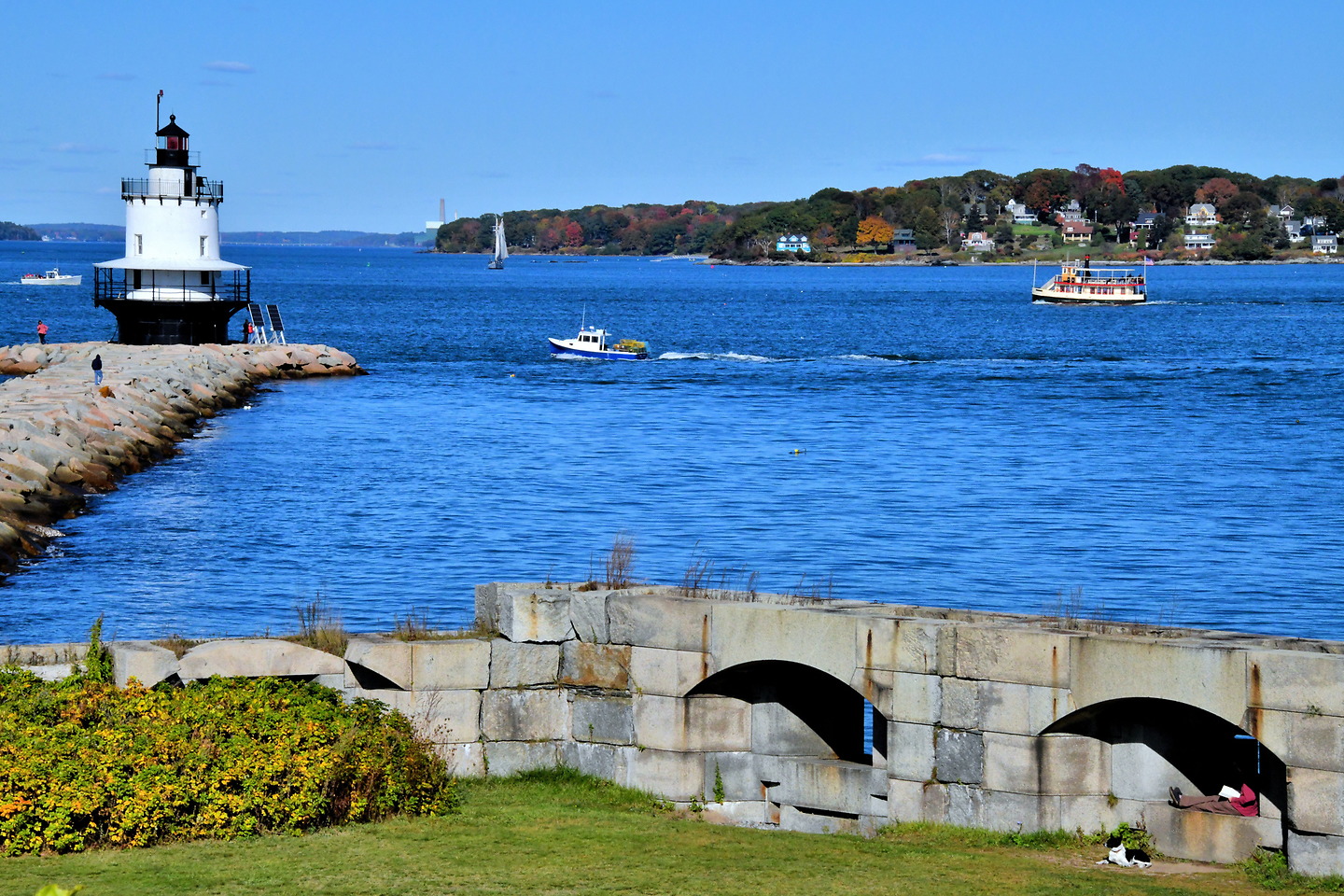 The Spring Point Ledge Lighthouse is a popular spot to visit near Portland. The conical, cast-iron light stands 54 feet at the end of a 900 foot breakwater. The formal name for the design is caisson. The colloquial term is a sparkplug lighthouse. It was built in 1897 at Fort Preble. The woman is comfortably reading in one of the embrasures of the old, star-shaped fort. The fortress was constructed in 1808 when tensions were rising with Britain prior to the War of 1812. During peak armament, there were 14 heavy guns aimed toward Casco Bay. Fort Preble was deactivated in 1950. The property is now part of the Southern Maine Community College.