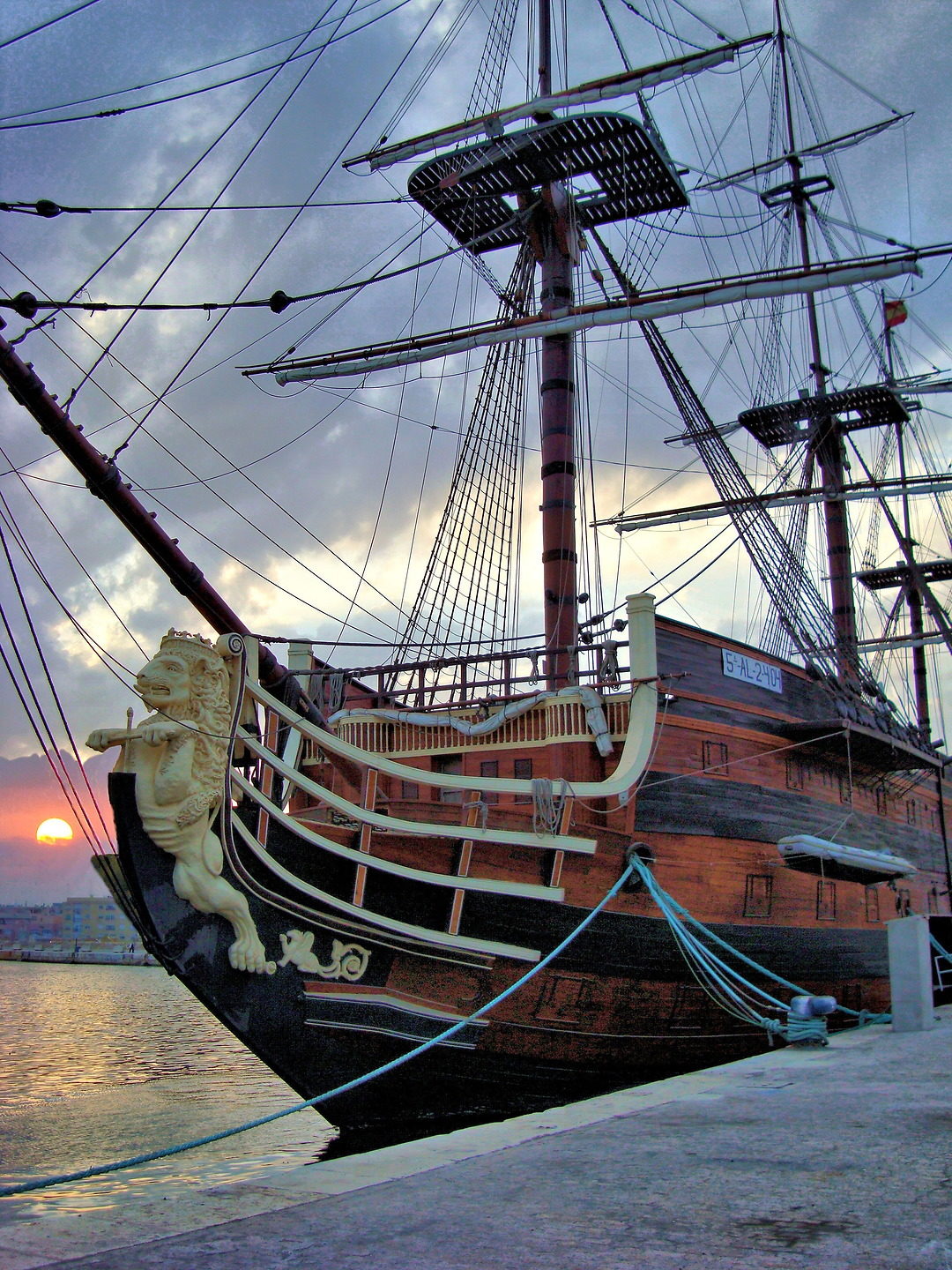 No doubt you had a wonderful day exploring Málaga. As the sun begins to set, it is time to return to the main cruise terminal. Nope, wrong ship. This is a replica of the largest warship of the 18th century. The original Santísima Trinidad (Holy Trinity) was the pride of Armada Española (Spanish Navy) when launched in 1769. At her peak, La Real was equipped with 140 guns. She was Spain’s flagship against Great Britain during the American Revolutionary War. After being crippled during the Battle of Trafalga, she sunk off the cost of Cādiz in 1805. This replica of the once mighty, four-decker ship is a restaurant and nightclub.