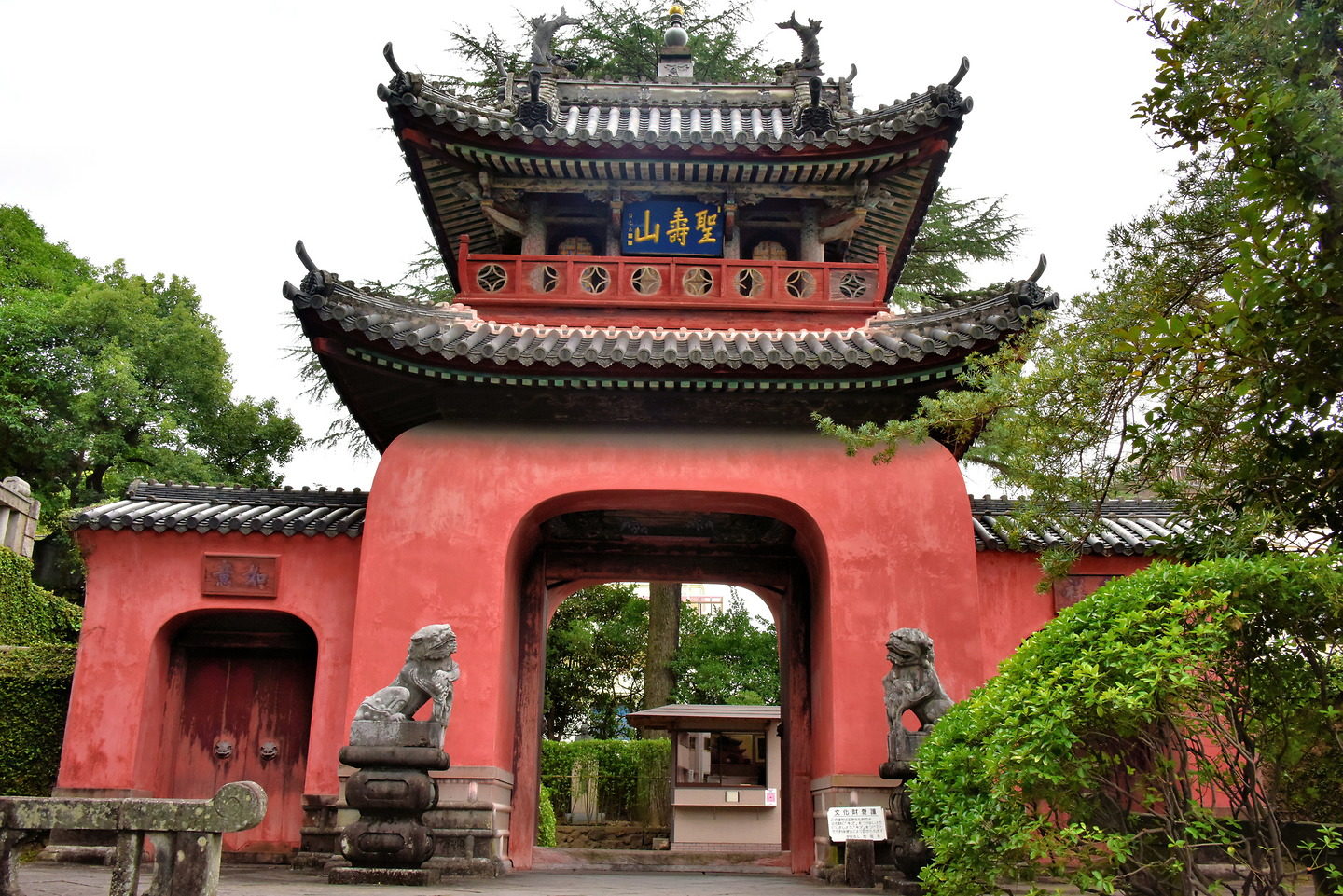 Up a slight hill near the eastern exit of Hamanomachi Arcade is Sofukuji Temple. This Ōbaku Zen Temple was founded by Chinese from Fuzhou in 1629 during the late Ming Dynasty (1368 – 1644). Sanmon Gate is the entrance. Its unique style (called ryugumon or dragon palace) has three portals along the plaster base plus an ornate, hipped roof over the second tier. Three Gates was reconstructed in 1849.