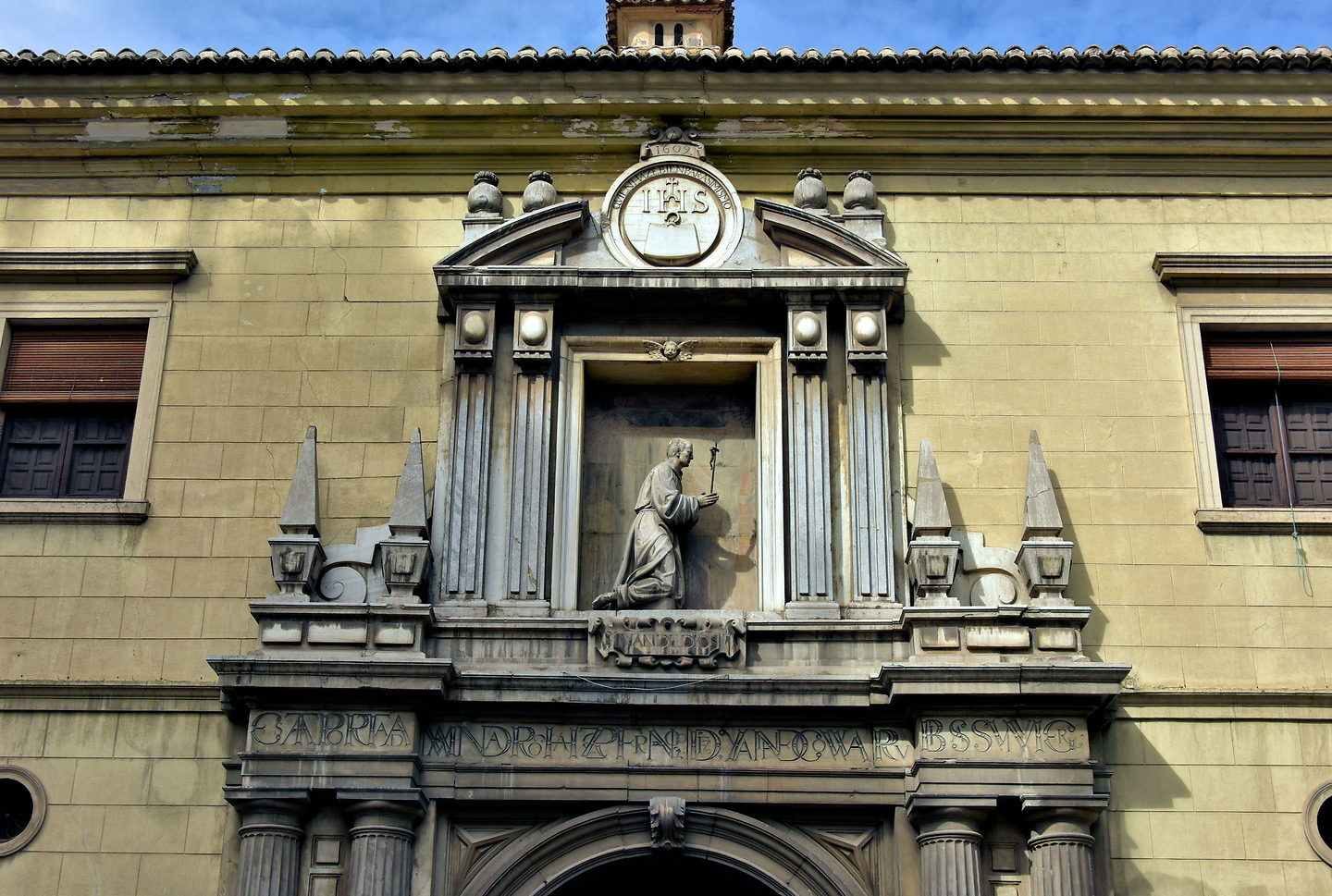 Juan Ciudad was born in Portugal in 1495. At the age of 40, he was considered insane and committed to the Royal Hospital of Granada. He was horrified by the atrocious treatment the asylum patients received. After being released in 1538, he vowed to create an alternative medical facility characterized by competent and compassionate care for everyone. It was named the Hospital of John. In 1630, Juan Ciudad was canonized as Saint John of God. He is a patron saint of the sick, hospitals and the Granada. This then became the San Juan de Dios Hospital.