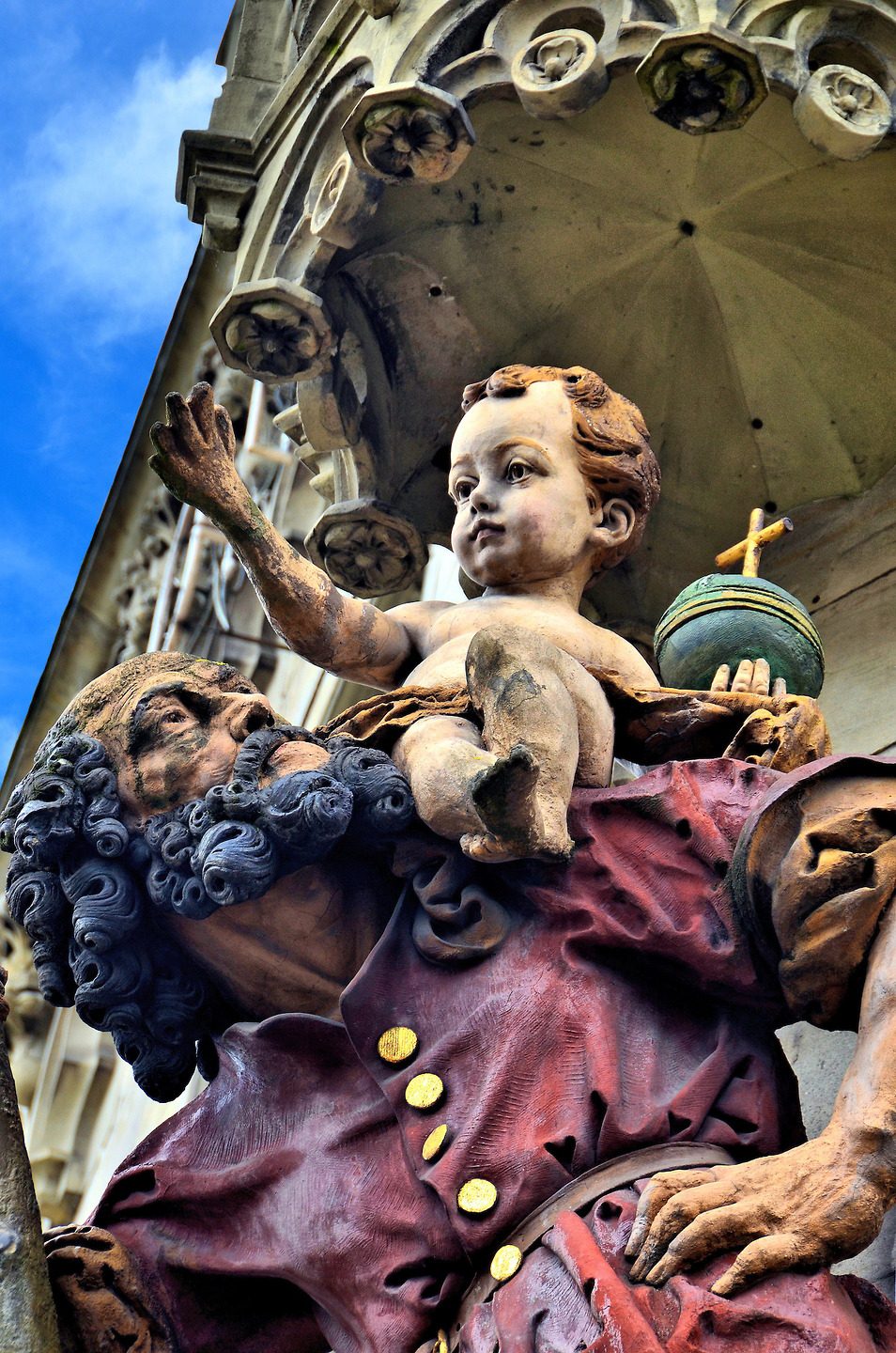 This sculpture of a bearded man carrying the baby Jesus on his shoulders is St. Simeon. He was a monk and later a deacon who, after several pilgrimages to the Holy Land, chose to be locked in a tower inside the Porta Nigra, a 2nd century Roman Gate at Trier. Soon after he was buried there in 1035, a series of miracles at his grave led to his canonization. This statue is in Porta-Nigra-Platz across a street called Simenstraße.