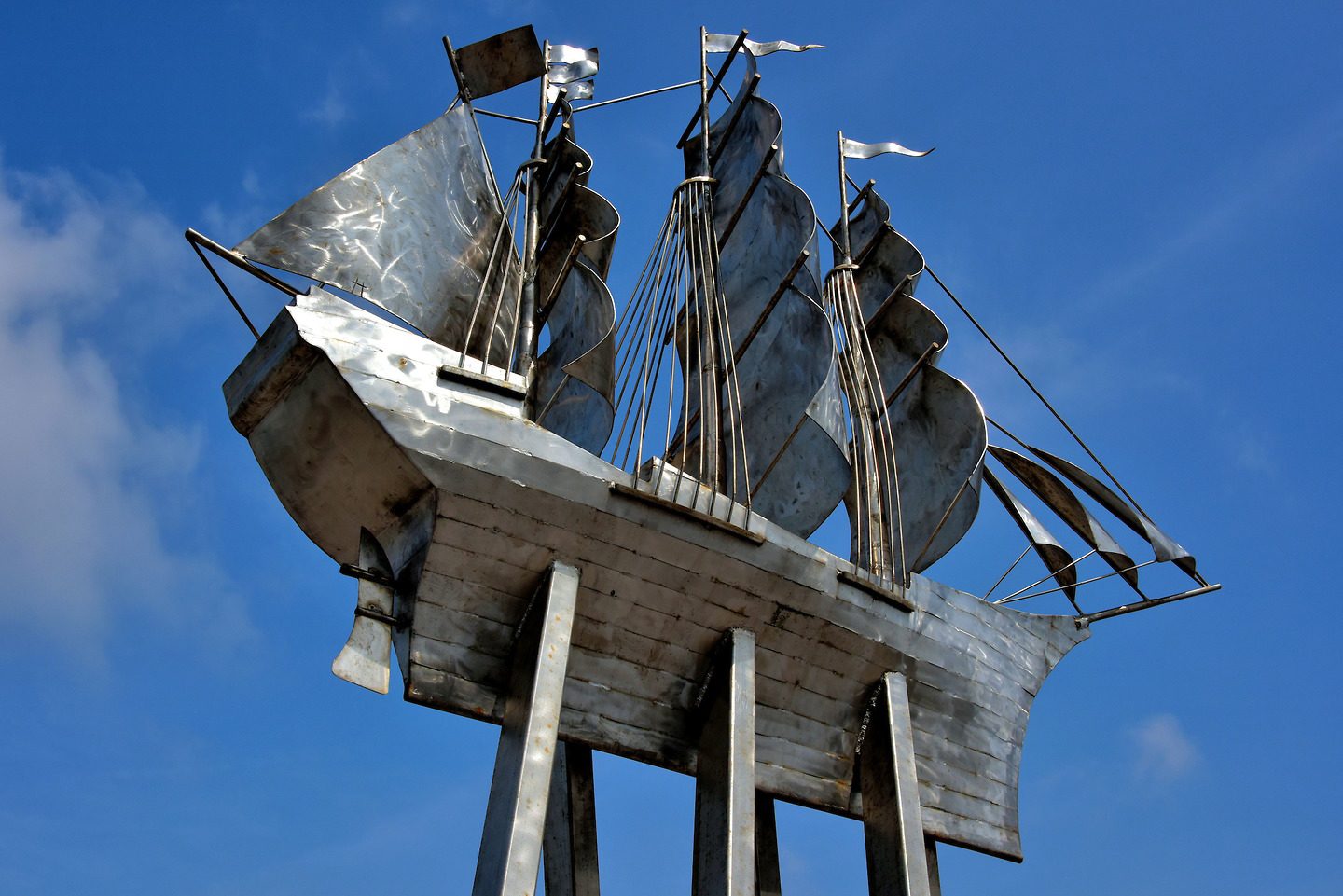 This sculpture of a tall sailing ship is a beautiful reflection of Waterford’s historic port along the quays. When the city was founded by the Vikings in the early 10th century, they named it Vedrarfjordr. This means “haven from the windy sea.” For centuries, this harbor near the mouth of the Three Sisters (Rivers Nore, Suir and Barrow) was filled with ships from all over the world. That changed in 1992 when the Port of Waterford called Belview was built about 2.5 miles away.