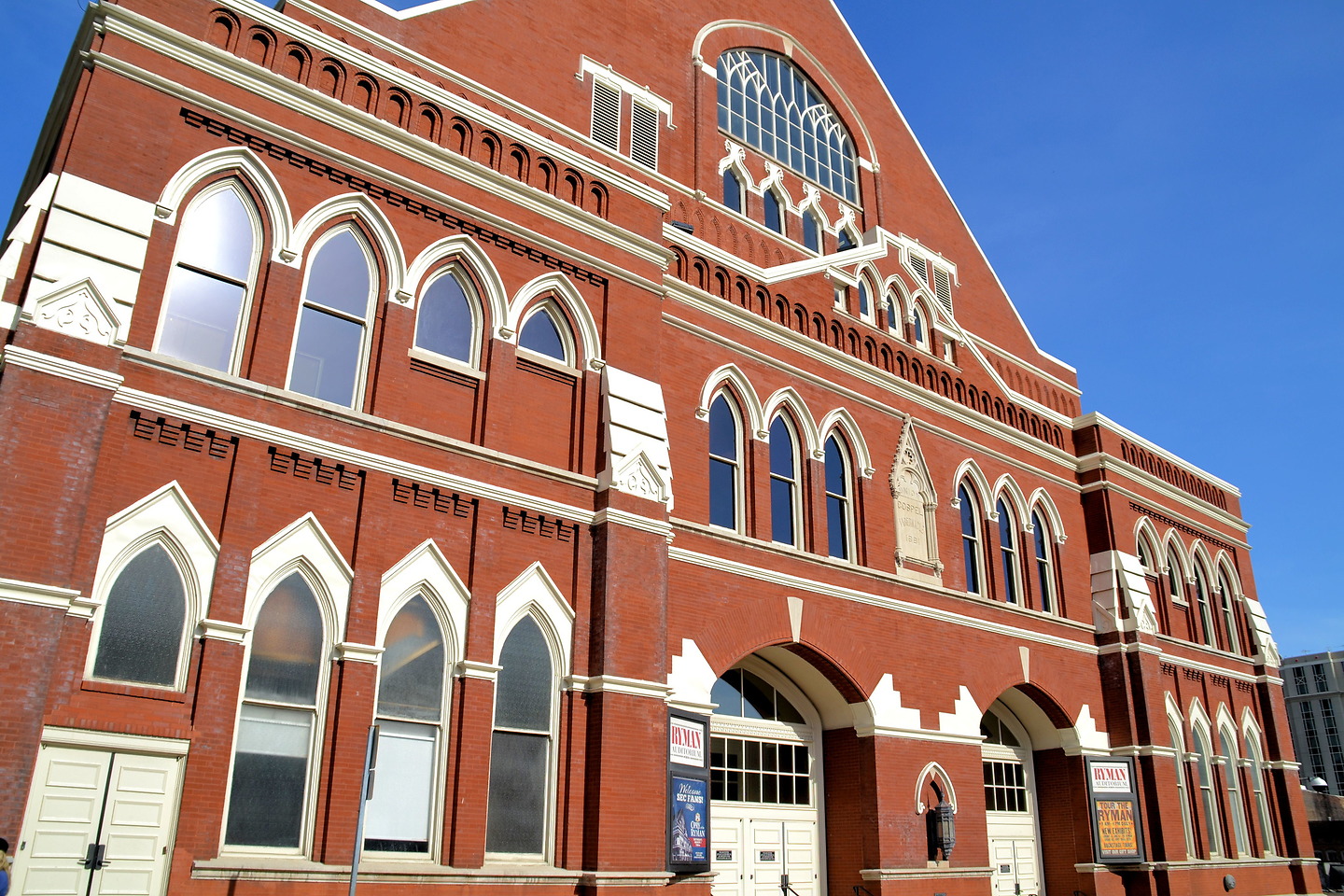 Every fan of country music knows of the Ryman Auditorium. It is often called the Mother Church of Country Music. It began as the Union Gospel Tabernacle in 1892 and was renamed in honor of the major benefactor, Tom Ryman, in 1904. The entertainment complex was the home of the Grand Ole Opry from 1943 through 1974. A seemingly endless list of musical stars – such as Elvis Presley, Johnny Cash, Patsy Cline and Hank Williams – earned the Ryman Auditorium the nickname the Carnegie Hall of the South. The stage gave birth to bluegrass when Earl Scruggs and Bill Monroe gave their first concert in 1945. Other performers included comedians such as W.C. Fields, Charlie Chaplin, Mae West, Bob Hope and Will Rogers. Two U.S. presidents – Theodore Roosevelt and William Howard Taft –lectured here. After the theater’s deterioration was reversed by several renovations, the Ryman Auditorium has once again become a popular stage. Recent celebrities include Ringo Starr, Garth Brooks and R&B recording artist Anita Baker.