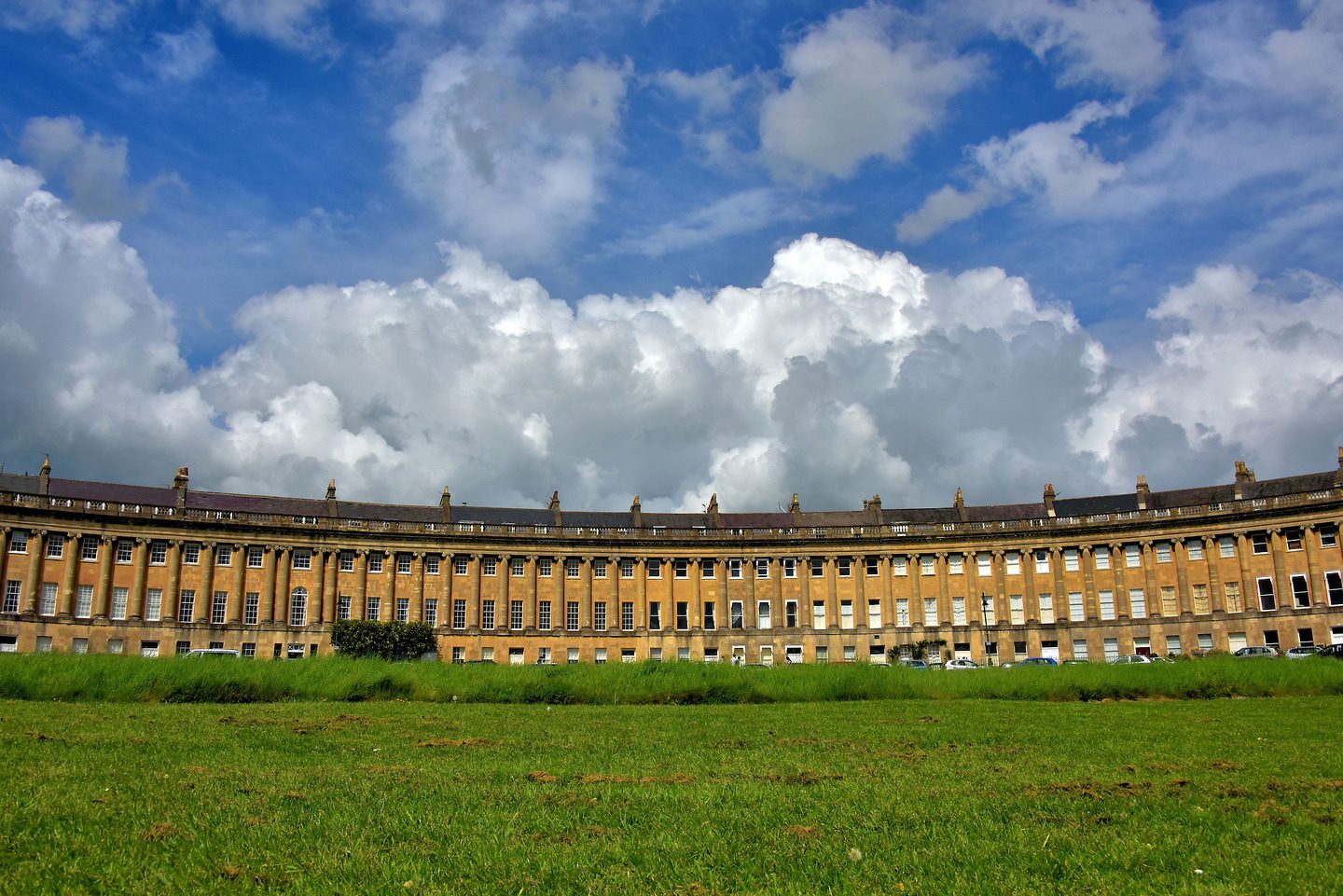 Before finishing The Circus in 1768, John Wood the Younger began building another impressive row of 30 townhouses nearby called the Royal Crescent. This splendid Georgian architecture features over 100 Ionic columns. Each stands about 47 feet tall. Viewing it from Royal Victoria Park is the only way to appreciate its magnificence. The landscaping in front is called a ha-ha. Its recessed channel (the horizontal dark line) prevented 18th century livestock from approaching.