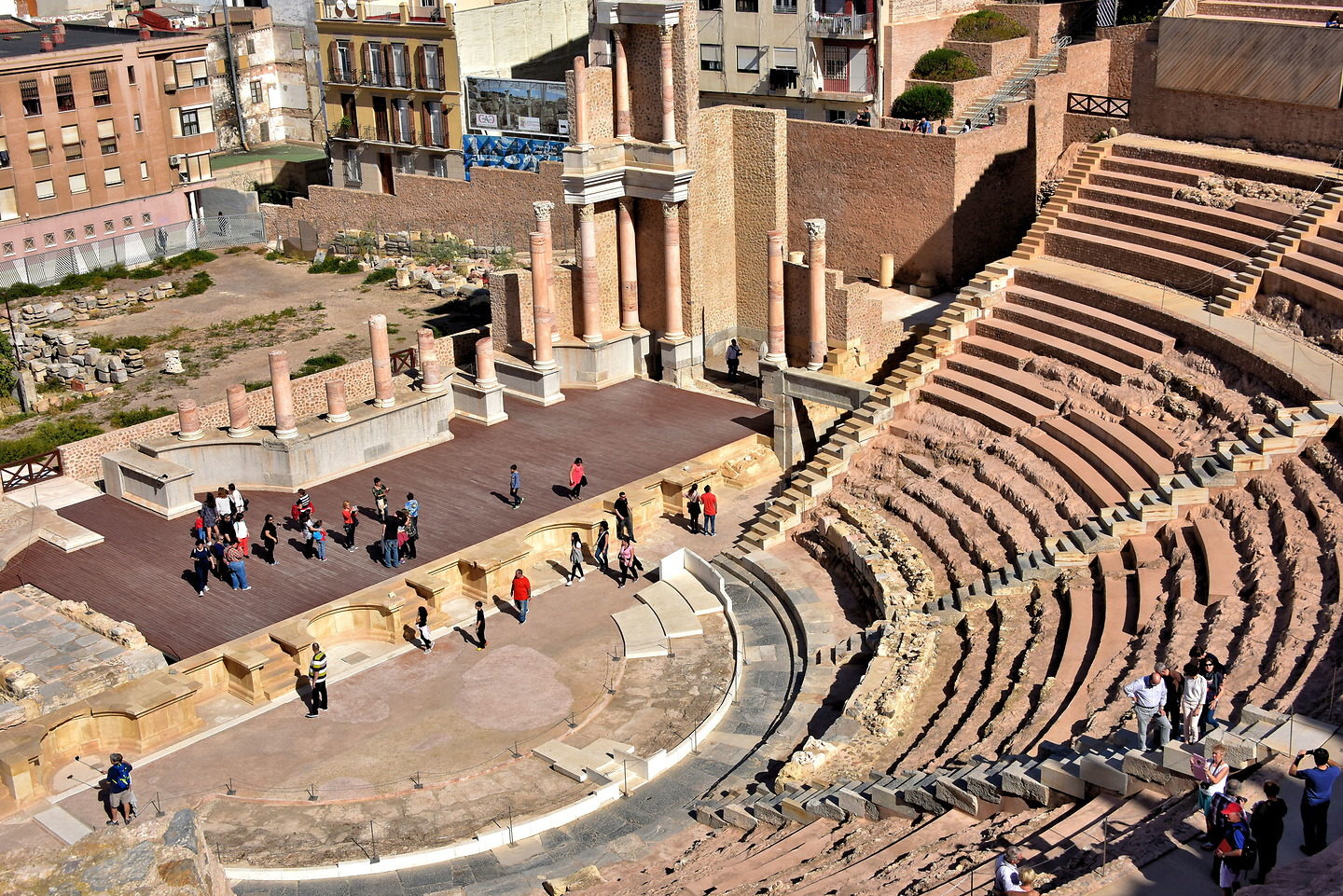 After the Romans defeated the Carthaginians in 209 BC during the Second Punic War, they renamed the city Carthago Nova. It grew in strategic importance and wealth thanks to silver and lead mining and active trade in the port. When Julius Caesar proclaimed it to be a Roman colony in 44 BC, the city gained further status and success. While Augustus was Emperor of the Roman Empire (27 BC to 14 AD), he heavily invested in prestigious infrastructure. The Roman Theatre of Cartago Nova was built during this era. It is hard to understand how this archeological gem from 4 BC was buried for 1,800 years until discovered in 1987. Now sit on one of the 6,000 seats within the 288 foot wide theatre. Imagine hearing music from the orchestra pit. Pretend to watch a grand performance on stage. Marvel at the remnants of pink marble columns that once supported a 53 foot magnificent structure. This is an incredible experience!