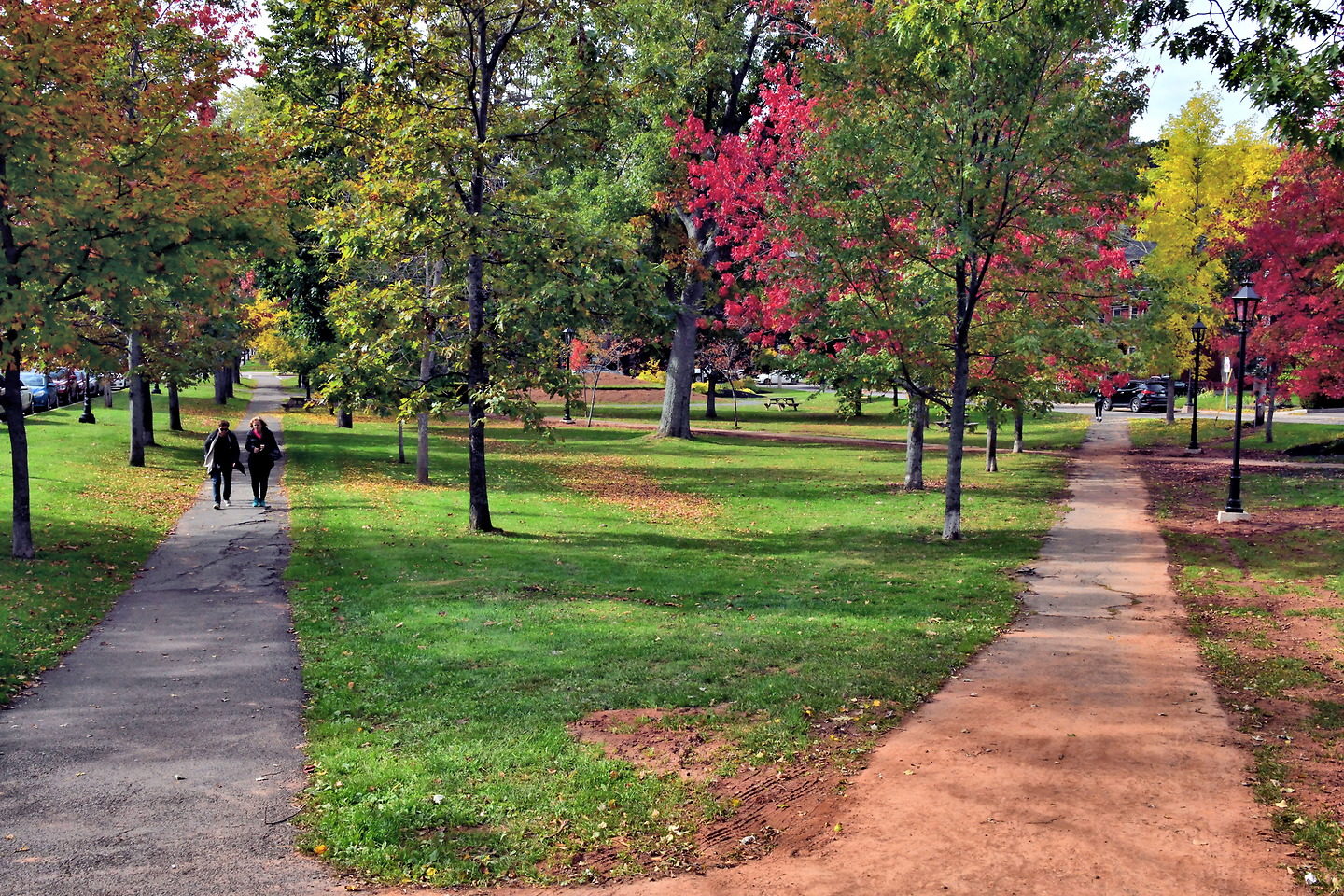 Charlottetown was established in 1764 and made the capital of St. John’s Island the following year. The founding fathers insisted on a logical layout of their colonial town. Thomas Wright was hired as a surveyor to design a grid pattern for the streets. One of the four parks he recommended in 1771 was Rochford Square. In 1884, over 100 trees were planted to beautify the area. Today, Rochford Square is one of the best public spaces in Charlottetown. On the other side of the park is the Prince Edward Island Government complex. Unfortunately, they do not have the architectural flare of many other provincial buildings across Canada.