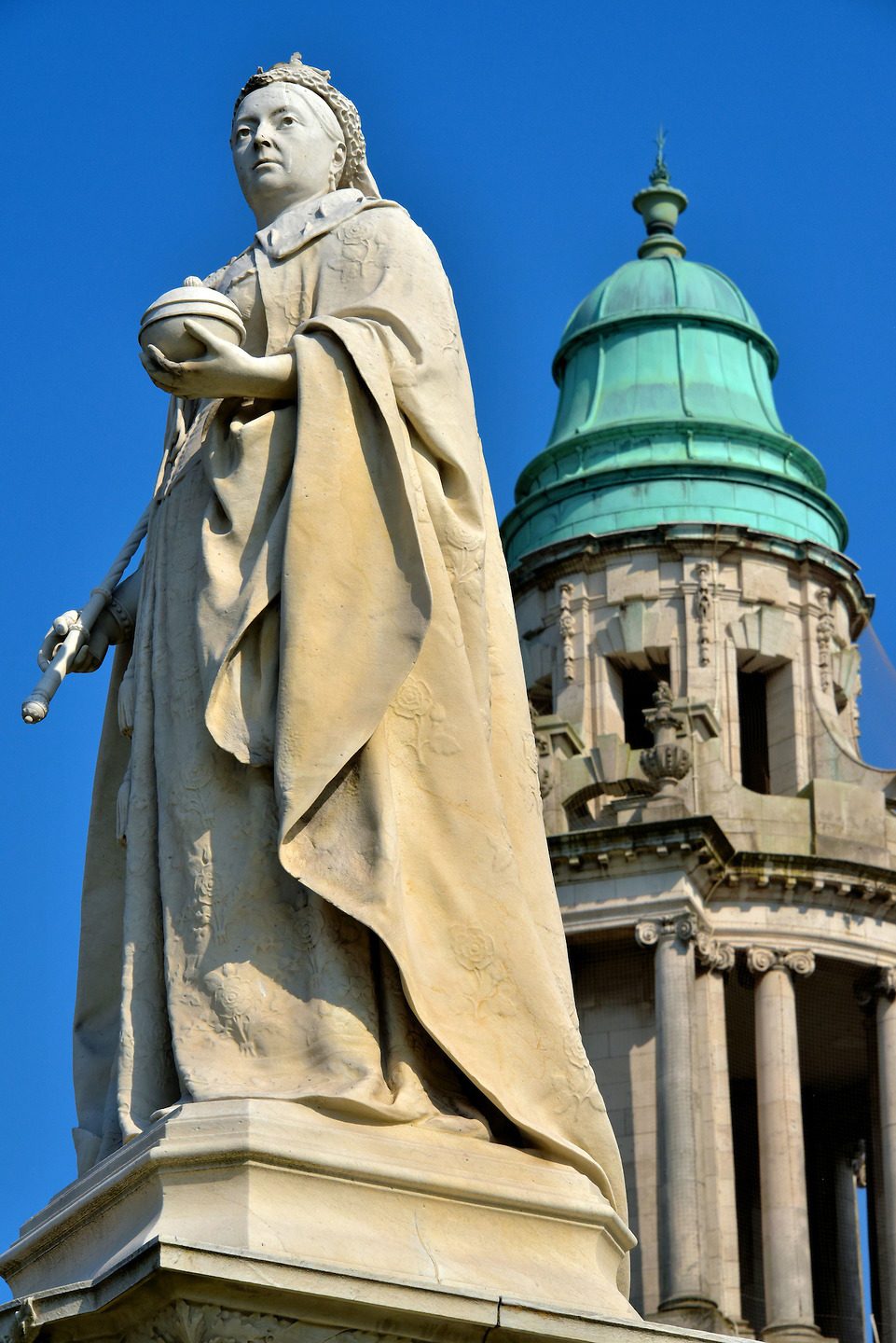 In 1613, Belfast became a borough by a decree from James VI and I, the king of Scotland, England and Ireland. 275 years later, Queen Victoria granted Belfast a Royal Charter. This marble statue by Sir Thomas Brock shows the United Kingdom’s second longest reigning monarch holding a scepter and orb with cross, symbols of her sovereignty. Acquiring city status prompted the acquisition of the White Linen Hall in 1896 and the construction of the Belfast City Hall shown in the background.