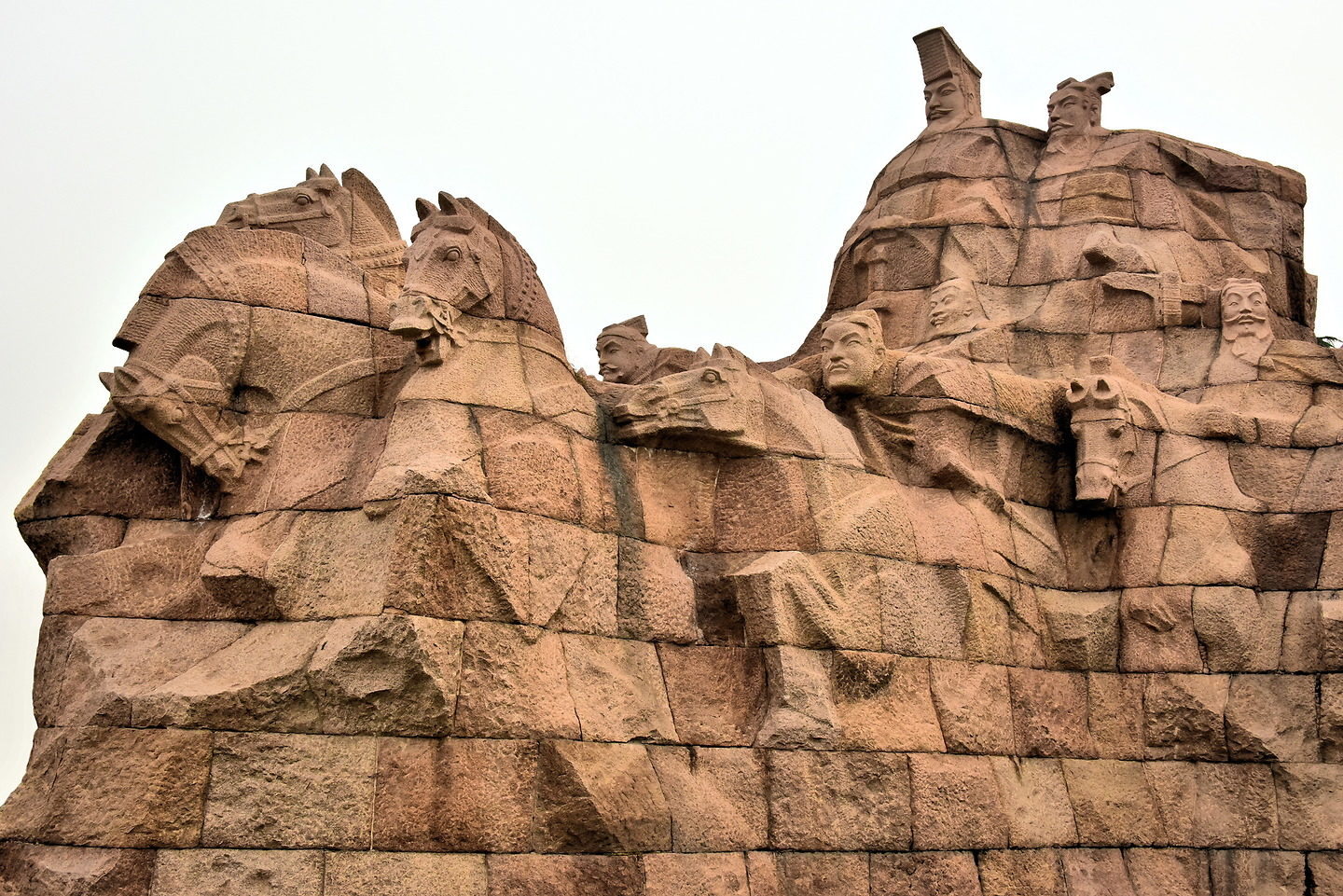 Less than a block from the terracotta factory is this enormous sculpted monument. On top is an emperor and his general commanding a cavalry. Based on the proximity to the Mausoleum of the First Qin Emperor, this is a tribute to Qin Shi Huang. Born as Ying Zheng, he became King of Qin in 246 BC at the age of 13. In 230 BC, he launched the Qin’s wars of unification. Within seven years, his army defeated the six major Chinese states. After the last Warring State fell in 221 BC, he declared himself to be Qin Shi Huang. This means the First Emperor of Qin. His reign over the Qin dynasty lasted only eleven years until he died in 210 BC at the age of 49.