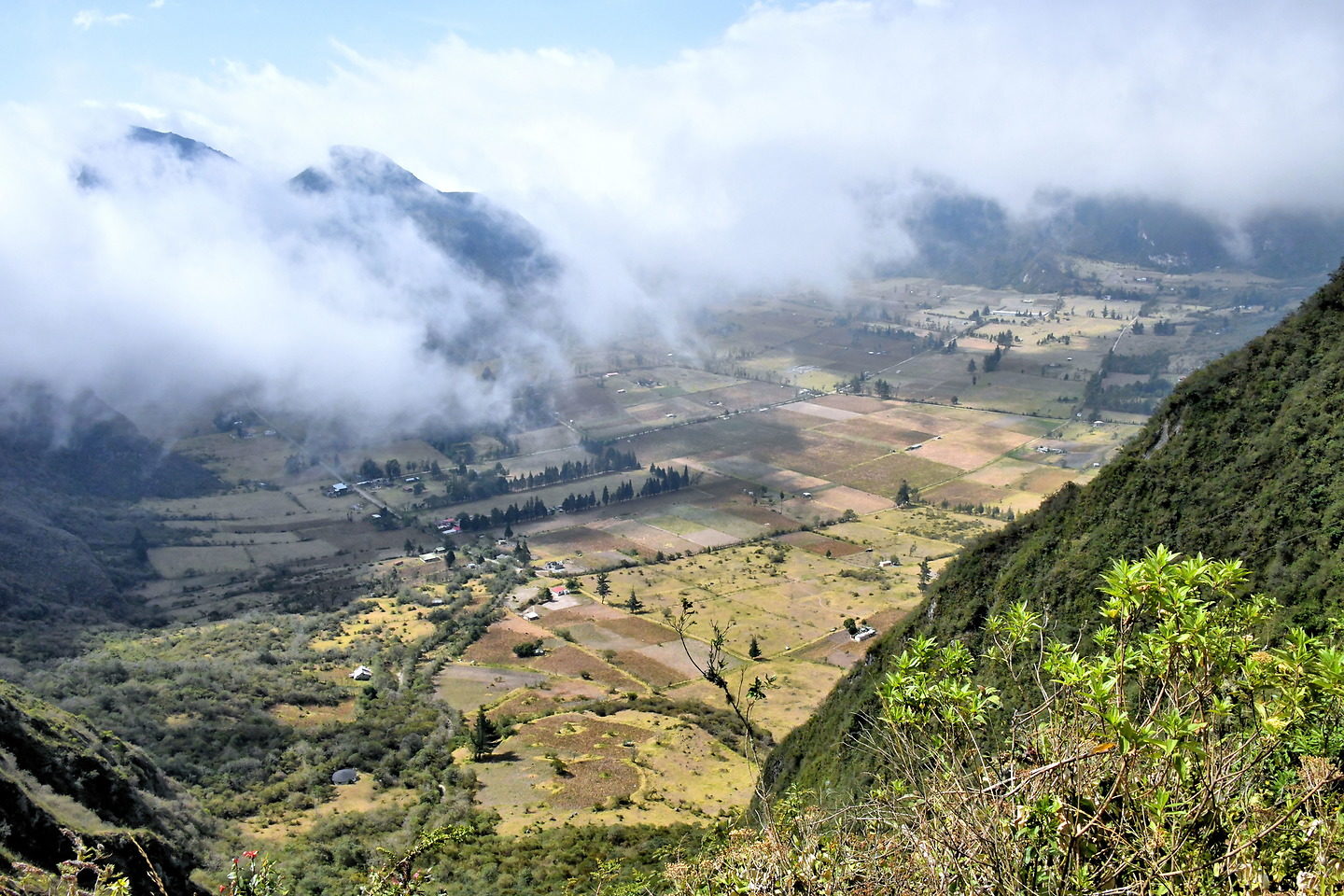 Imagine standing on the precipice of a massive volcano that erupted in 500 BC. After collapsing, it formed one of the most diverse ecosystems in South America with over 2,900 species of flora and fauna. The Pululahua Crater is well named. Pululahua means “cloud of water.” From the 9,300 foot high El Mirador lookout, watch as waves of fog roll over the tallest summit of 11,000 feet and across the farms below. The climate at Pululahua Geobotanical Reserve is extreme. Temperatures range from freezing to over 80°F and the area experiences hundreds of feet – not inches – of rain each year. Pululahua Geobotanical Reserve was declared as Ecuador’s first national park in 1966.