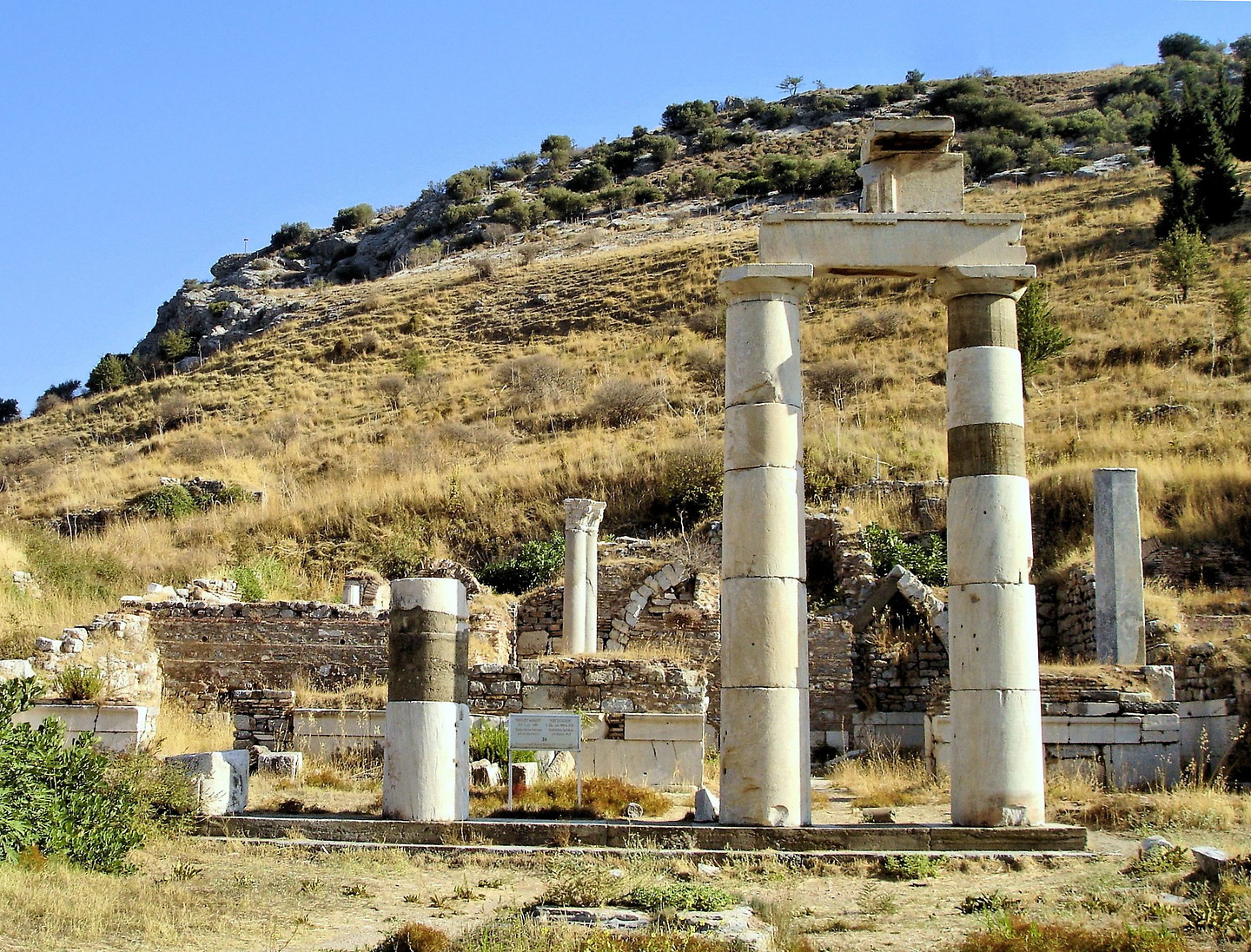 In ancient Greece, a building housing the seat of local government was called a prytaneion. Basically, the equivalent of a city hall. Another name used in Ephesus was the Palace of Council. The Prytaneion was constructed in the 3rd century BC and rebuilt 2,000 years ago. In the central hall was an eternal flame honoring Hestia, the virgin goddess of the hearth. The initial source of the flame came from Mount Olympus, Greece’s tallest mountain and home of the gods. The fire was maintained by priests (curetes). Several of their names are etched into the columns.