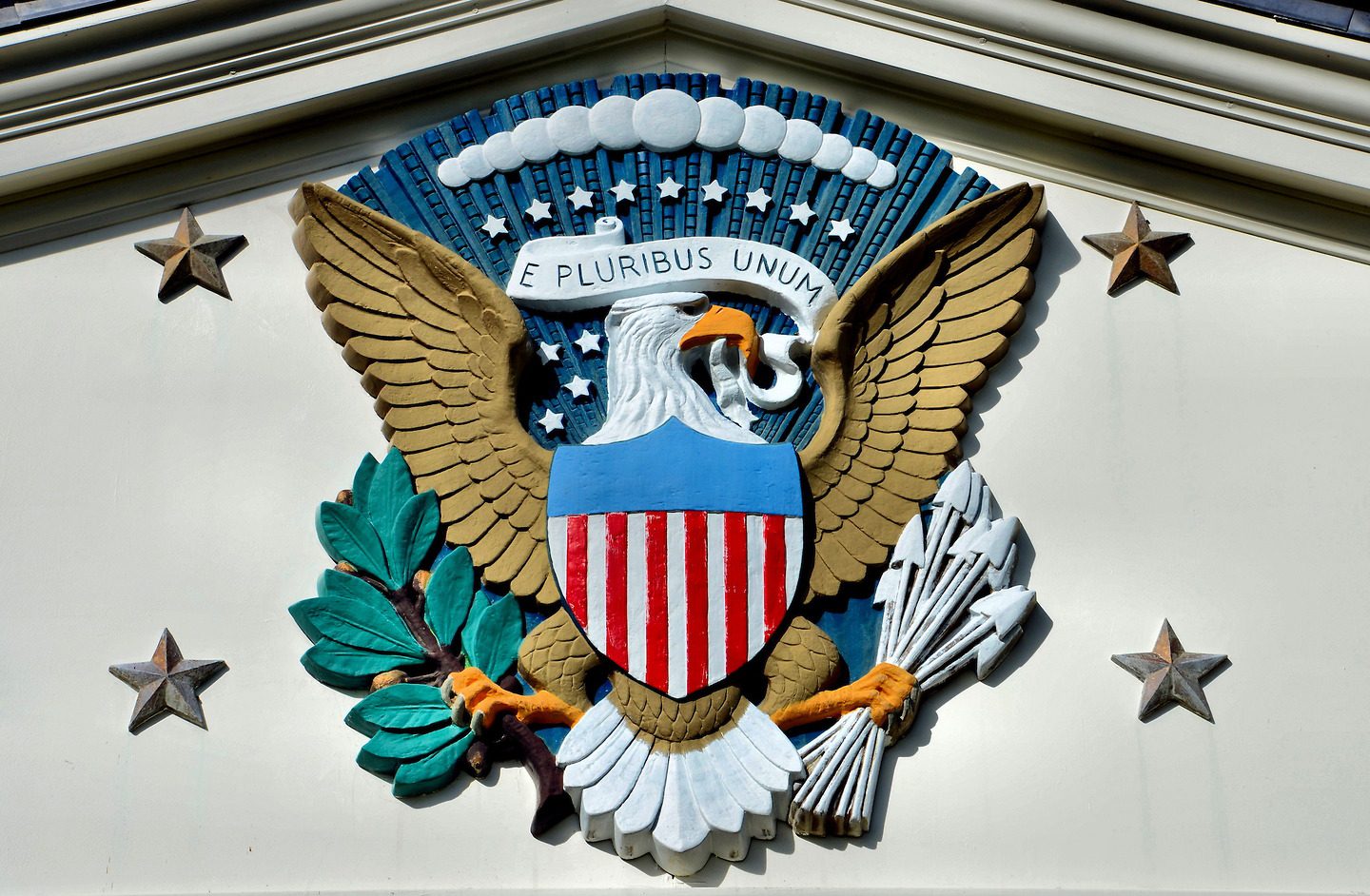 The presidential seal originated with President Fillmore and has evolved several times since then. It always contained an eagle holding an olive branch (symbolizing peace) and three arrows (for war) plus a shield in the middle. This version, called the Bailey Banks & Biddle representation, was designed in 1916 for President Wilson. It is displayed at the Herbert Hoover Presidential Museum in West Branch, Iowa. In 1945, the eagle began facing left and 48 stars were added. Two more stars were added in 1960 after Hawaii and Alaska joined the union.